Home » Udon Thani woman hangs self ahead of cancer diagnosis

Udon Thani Woman: A woman was found hanged at her hut in a rice field in Udon Thani on Monday evening, just two days before she was due to hear the result of a test for suspected breast cancer.

The Ban Phue district police station was informed of the suicide at 7pm.

A doctor at the scene determined that Udom Prasert, 53, had died two hours earlier.

Her daughter, Sumalee Prasert, 34, said Udom became depressed after she went to see a doctor with chest pains and the doctor suspected it might be caused by breast cancer.

The doctor took her tissue and sent it for a lab test at Udon Thani provincial hospital. Udom was scheduled to hear the test result on Wednesday.

Sumalee said Udom rode her motorcycle to her rice field at 5pm on Monday and did not return when the night fell. She sent her brother to check on their mother and he discovered that she had hung herself. 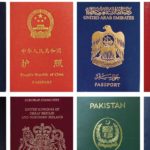