Home » VIDEO: A paraglider flies off cliff while sitting on sofa 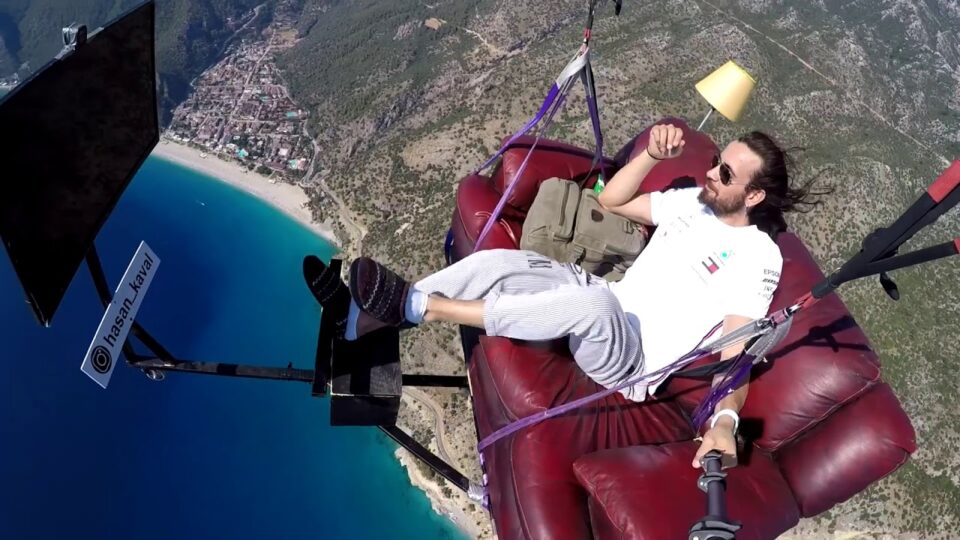 A Turkish paragliding instructor rigged up a sofa and a television so that he could become a “couch potato” while soaring hundreds of feet in the air.

Hasan Kaval, 29, of Izmir, created the miniature living room — complete with a couch, a lamp and a TV set — and rigged it to a parachute harness to take on the paragliding track at Babadag Air Sports and Recreation Center.

Kaval shared video showing his friends helping him to launch the rig from Babadag’s cliff, and he then went cruising through the air while sitting comfortably on the red sofa. The video even shows Kaval kick his shoes off over the water and put on some slippers to settle into the sofa and watch cartoons while cruising through the air.

Kaval even pulls some snacks and drinks out of his bag in the air to enjoy during his TV time. The rig was able to land safely. Kaval said his creative stunt was aimed at showing how safe the sport of paragliding can be 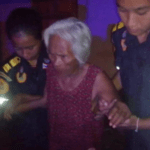 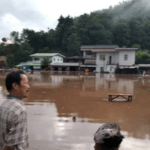