Nitipat Mongkolpradit, director of the Krabi Tourist Assistance Centre, said waves up to two metres in height started hitting the shore at 6am.

“Luckily there were no injuries because no one was on the boats at the time,” he said.

Paisan Kunsri, head of Krabi’s Department of Disaster Prevention and Mitigation, said warnings had been issued for heavy rain, flash flooding and landslides continuing until June 2. He urged the owners of small boats to be mindful of the wind and waves rising. 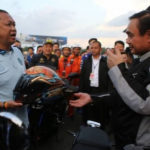 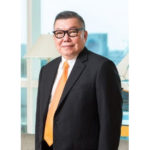