Police has arrested a South Korean man who was accused of allegedly duping three Japanese tourists via social media to trick them out of around Bt2.64 million on the stock market.

He allegedly detained them illegally in a Bangkok condominium for two months before one victim escaped and got police help to rescue the others.

Immigration chief Pol Maj-Gen Surachate Hakparn said during the victims’ illegal detention at the Sukhumvit 13 condominium that the suspect Hwang Geonil, 28, seized their passports, assaulted them and threatened to have criminals assault their families in Japan.

Following his arrest on January 28, the suspect’s visa was revoked, Surachate said. Although the man insisted that he only had an argument with the victims, the police said they were confident they had sufficient evidence to prosecute him.

In a third case, police also arrested South Korean fugitive Kyujae Lee, who was wanted in his home country for an assault charge on January 30 in Pattaya. During the arrest, police also seized 10 grams of crystal meth from his room. The suspect was also found to have overstayed his visa by 4,419 days, Surachate said.

Surachate also revealed other busts including the recent arrest in Phuket of an Italian man, Daniele Lollo (not the official spelling), who was wanted in his home country for possession of cocaine and marijuana and fled to Thailand in 2010.

There was also the recent arrest in Pattaya of Czech national Peter Bilek (not the official spelling), who was wanted by Interpol for a robbery in his home country. 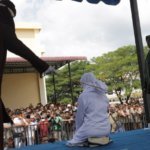