180-day maternity leave may be available early next year if approved by various ministries, including public health and labor welfare.

The measure, which would double the current period and has drawn proponents and detractors alike, is being proposed as a way to encourage mothers to breastfeed infants and follows a recent act which banned the marketing of artificial breastmilk substitutes.

“We support mothers to breastfeed at least six months, after that they can use supplementary foods,” Deputy Prime Minister Narong Pipatanasai said Friday at a national health conference. “Therefore, the government should issue new regulations that allow mothers leave of 180 days. The proposal is going forward. We will gather opinions in October, and the new law should be effective in March.”

According to the 1998 Labor Protection Act, women working in the public and private sectors currently can take leave with full pay for 90 days, or three months. Under the present system, up to 45 days are paid by the employer and half by the government.

If the new law is passed, it would give Thailand paid maternity leave of nearly 27 weeks, well beyond some of the most progressive European nations. Mothers in Finland can take up to 23 weeks of fully paid leave; 18 in Denmark.

Although UNICEF says breastfeeding rates have increased in the past five years, Thailand ranked 125th out of 140 nations tracked in its 2016 child malnutrition report.

UNICEF together with the National Statistical Office and Health Security Office reported in December that although almost all newborns in Thailand were breastfed at some point after birth, only 23.1 percent of infants up to 5-months-old were exclusively breastfed.

Children under 6 months in the northern region were more likely to be exclusively breastfed compared to children in other regions. Some 15.6 percent of children in Thailand continue to be breastfed at 2, the report stated. 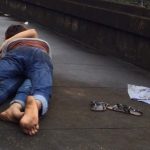