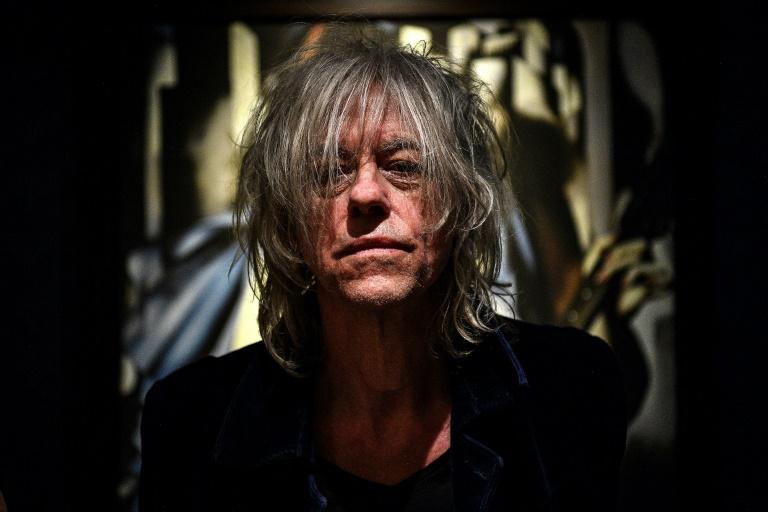 Bob Geldof ruffles his white hair in front of the mirror to get it just dishevelled enough for the camera.

He may be 68, a grandfather, an honorary knight of the British Empire, regarded as something of a secular saint after Live Aid, but Geldof remains a rock star at heart.

And an outspoken one at that, dismissing London’s other most famous owner of an unkempt mop, British Prime Minister Boris Johnson, as a “simpleton” for Brexit.

Geldof is a man, in his own words, who cannot keep his “gob shut”.

And particularly not now when he sees the world in “chaos”, caught between what he describes as the over-arching power of tech robber barons and autocrats like Russian President Vladimir Putin and Chinese President Xi Jinping and “that vulgar fool (US President Donald) Trump”.

Australian rockers INXS call it quits – reports
Best, Schmidt set for Dublin rugby farewell
Ireland votes in ‘three horse race’
Geldof is back “making noise” — as he puts it — with The Boomtown Rats, the Irish punk band that first brought him to fame in the late 1970s, with their first album in 36 years.

With the world sinking into panic over the coronavirus, he said it seemed as good a time as any to unleash the rock wild man inside him that Geldof calls “Bobby Boomtown”.

“Citizens Of Boomtown” comes with a book of lyrics and essays by Geldof and a documentary of the same name where Sting and Sinead O’Connor bend the knee to “the best rock ‘n’ roll band to have come out of Dublin” — although Bono, who is also in the film, may beg to differ on that one.

Even without keyboards ace Johnnie Fingers, the Rats have lost none of their edge nor their rage.

“I said that I wasn’t going to go mad when I got back on stage — I can’t do it anymore,” Geldof told AFP. “But Bobby Boomtown wanted to hop out of his coffin, and he went nuts…”

And there is plenty to be mad about, with the Rats greatest hits like “I Don’t Like Mondays” more relevant now than ever, Geldof argued, with gun massacres almost weekly.

“I wasn’t thinking of Big Brother when I wrote ‘Someone’s Looking At You’, but when I sing it now I am,” Geldof added, as he railed at the masters of tech.

“Your phone is recording you even if it’s off… for people like (Facebook’s Mark) Zuckerberg and (Jeff) Bezos (of Amazon) and Larry (Page) and Sergey (Brin of Google). They’re monopolists and they need to be broken up,” the Irishman declared.

“Alexa, your smart television, your device is constantly monitoring your every utterance and every action and they’re packaging you.

“Your consumer choice, your political choice, your opinion, and they’re selling that on to third parties who can influence those choices but also exploit you.

“The problem is that the product is you. And the worst is that we’re complicit because we’re doing it for convenience,” he despaired.

The tech revolution came at the worst possible time, Geldof believes, just as “we’re going to a period of political infantilism.

“In this moment of chaos — not just because of the virus — we are reverting back to what we believe are certainties… the nation states, the strongmen who seem to know where to go,” he said.

Geldof wrote “Banana Republic” released in 1980 about the corrupt, repressive, priest-ridden Ireland in which he grew up.

“But when I sing it now, I think of the White House and the demise of the American republic.”

It is tech, however, which gives him nightmares.

“What was meant to be the ultimate democratising tool” has turned out to be “perfect for authoritarianism. So we have to be alert.

“You have to fight every day for democracy,” said the man, who rallied the world to respond to the Ethiopian famine in 1984 with Band Aid.

“We had to struggle for centuries. And we are prepared to give it up for the convenience” he said, brandishing his smartphone.

– Britain will bounce back –

But people “still buy into the ridiculous and ultimately fascist trope that only the guilty need be afraid. No, no, that’s not it at all,” Geldof cautioned.

“Only the innocent need be afraid in this new world. And that’s what you must fight against.”

Nor has Geldof stopped battling against Brexit, having taken to the River Thames in a barge against Nigel Farage’s Brexit flotilla in one of the most surreal moments of the 2016 referendum campaign.

The vote to quit the EU “was an historic mistake”, said Geldof who believes that despite the self-inflicted damage, Britain will bounce back. “Because that’s what the Brits do. It’s an intensely creative society,” he said.

“But the argument is not over.”

Geldof knows something of resilience, having lost his mother at the age of seven and his former wife Paula Yates and their daughter Peaches, both to drug overdoses.

He also puts that, and his rebel spirit, down to being left to his own devices at home in Dun Laoghaire, south of Dublin, while his father travelled the villages of Ireland trying to sell towels.

“Children learn what’s permissible behaviour from their parents. That wasn’t there for me. So when I encountered authority, I really didn’t understand it.”

“So make your own universe in which you can function,” he said.

“You have no choice.” 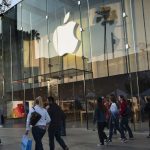 APPLE SHUTS ALL STORES OUTSIDE OF CHINA 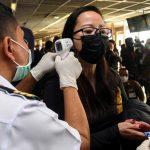