Home » Who is YouTuber James Charles, and why has he lost millions of subscribers over 3 days?

James Charles, a 19-year-old beauty blogger, rose to fame after launching his makeup and beauty-focused YouTube channel in 2015.

Charles, who became the first male CoverGirl spokesperson at 16, attended the Met Gala this year.

After his appearance on the red carpet, his YouTube channel had nearly 16-million subscribers.

Charles’ following fell from 16 million to 13 million in just a few days after fellow beauty blogger Tati Westbrook released a 43-minute video about her feelings towards Charles’ recent actions.

The drama began between Charles and Westbrook on April 22 when Charles posted to his Instagram Story promoting Sugar Bear Hair Care vitamins, which is a competitor to Westbrook’s hair supplement company, Halo Beauty.

“I want to publicly apologize to my close friend, Tati,” Charles said, according to Newsweek. “She has been like a mother to me since my first days in this industry and has given me more love, support, resources and advice than I could ever ask for.”

He continued: “This weekend I did an Instagram story for sleep vitamins that I’ve been taking because the brand helped me with security when the crowd around me at Coachella became unsafe. I did not accept any money from this post.”

In her video titled, Bye Sister, Westbrook said that Charles has been lying about the reasons behind sponsored posts on Instagram.

The title of the video is a play on Charles’ YouTube video intro and catchphrase, “Hi Sisters.” He also refers to his fans as the Sisterhood.

“This is going to be intense, different and this is absolutely not a video I ever thought, in a million years that I would be making,” she began in the video, which has over 34 million views. “But I feel, after a lot of thought, that it’s necessary for me to have a chat with you guys.”

Westbrook went on to explain that she has always supported Charles without wanting something in return.

“My relationship with James Charles is not transactional. I have not asked him for a penny, I have never been on his Instagram,” she said.

Westbrook did claim to have arranged brand deals, contracts and other opportunities for the 19-year-old makeup guru because she wants “to see people grow and step into themselves.”

Westbrook said that she is cutting ties with Charles because she believes he is ungrateful and he is not willing to help others.

“How entitled do you have to be to think that you have it rough? You are a 19-year-old millionaire. You do not get to wake up and stress out about how unfair your job is. That is so ridiculous to me,” she said.

She continued: “Get off your high horse and have some respect. You don’t have any for the people who are in this industry and that’s the sad fact.”

Westbrook went on to say that she feels that Charles should try to be a better role model for his audience which is “made up of 12 and 14-year-olds dominantly.”

“His behaviour online is what they are seeing and emulating to be successful and adored by the masses. Everything is over-sexualized and that’s the huge under-layer to this that I’ve finally have had enough,” she said.

“You sold me out, but you threw away our friendship. You lied to me, made up a story, you knew this would be embarrassing for me. No, our relationship is not transactional. I have never asked you for anything in return,” she concluded.

She brought up an inappropriate comment he made about wanting to hook up with a straight waiter at a restaurant, ignoring his sexual orientation.

CNN reported, that Charles lost around 2-million followers since Westbrook posted the video.

There is a live subscriber count on YouTube available to keep track of the Westbrook and Charles followers.

Westbrook appears to be gaining followers as Charles is losing his following.

According to Cosmopolitan, the entire Kardashian-Jenner family including Kim Kardashian, Khloe Kardashian, Kourtney Kardashian, Kris Jenner, Kendall Jenner and Kylie Jenner, who has collaborated with Charles on a YouTube video, have all unfollowed the beauty blogger on Instagram.

Charles responded to Westbrook on Saturday in an 8-minute video, which already has over 32-million views.

“I hate knowing that I disappointed not only [my fans], but two people that have been role models for me doing this,” he said looking into the camera.

“What sucks the most is that I know there’s nothing I can say or do to ever earn that friendship or trust back but I don’t blame them for it,” Charles added. “A lot of the time when I’ve had to address things in the past, I’ve acted out of impulse and I’ve gone off and tried to pull receipts or facts or screenshots and play the victim and I’m not doing that today, I’m not. That is all I have to say, I’m sorry.”

Westbrook has not responded to Charles’ apology as of this writing.

Many people took to Twitter to make fun of the drama and to lighten the tension in the beauty blogging community. 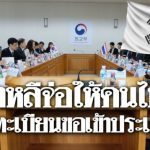