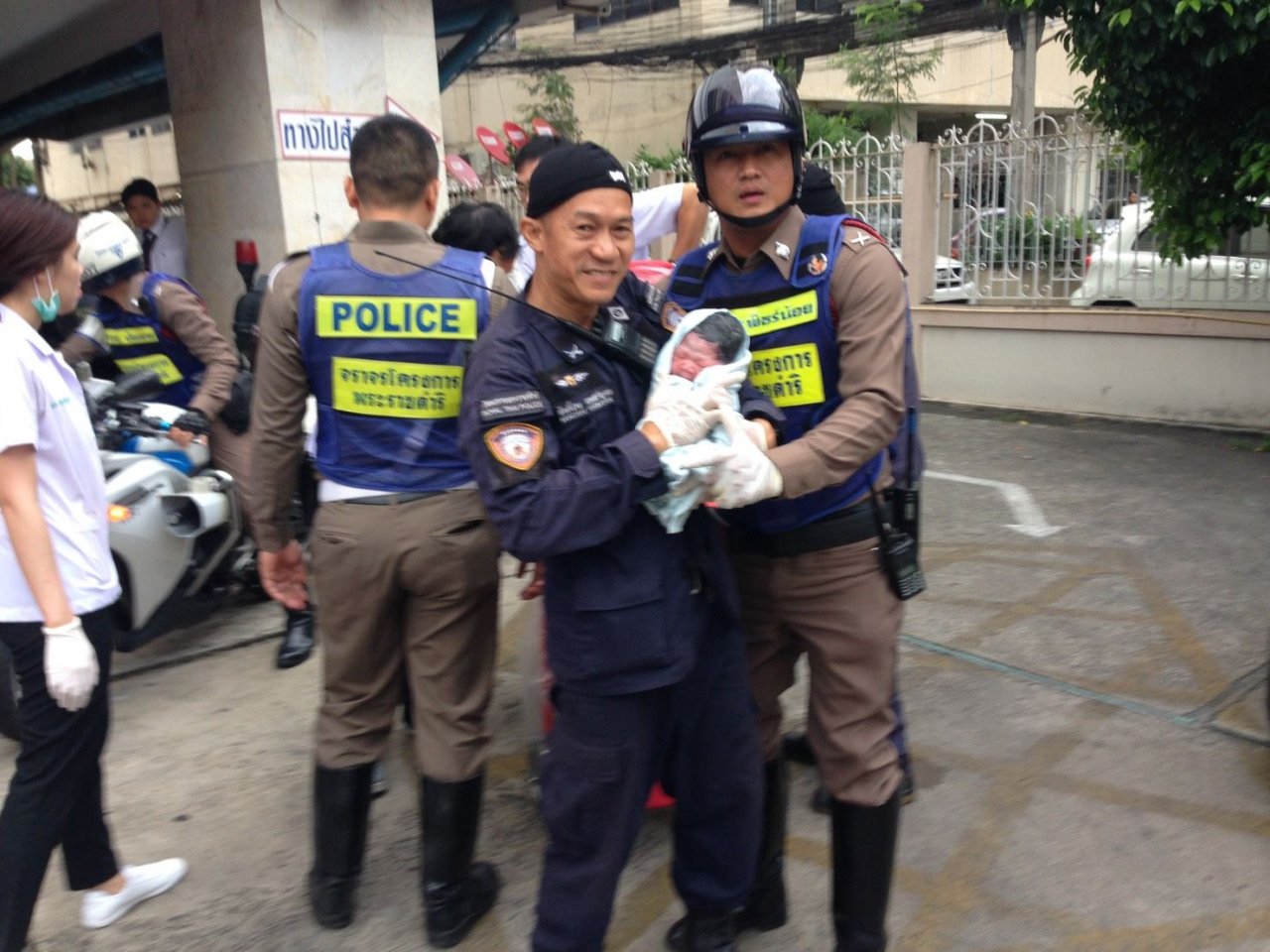 A traffic police captain, trained under a project initiated by HM the late King Bhumibhol Adulyadej, on Tuesday helped a mother deliver a baby girl, the 33rd child born with his assistance.

Pol Captain Pichet Wisetchok, a deputy inspector of Traffic Police Sub-division 6, rushed to M Palace Apartment on Soi Chokchai 4 in Bangkok’s Wang Thong Lang district at 6.20am when he was informed that a woman was in labour and might be unable to get to her local hospital in time.

Finding Iraya Deeprasit, 27, in labour in her bathtub, he helped her give birth to a girl weighing 3.1 kilograms. 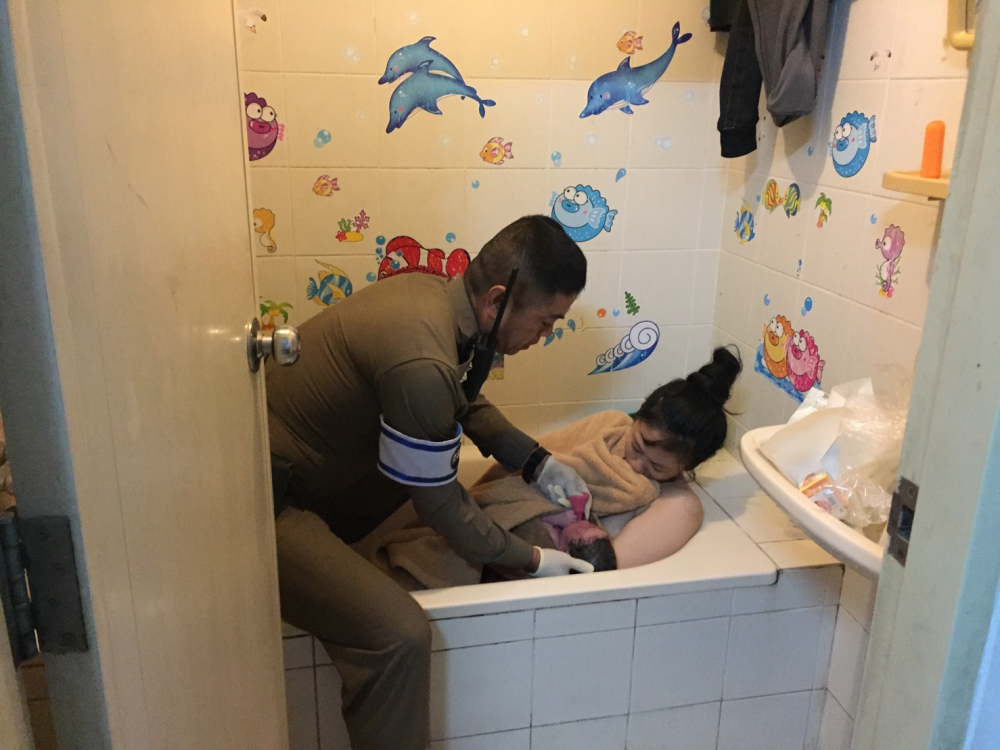 After the girl – Iraya’s second child – was delivered safely, a medical team from Rajvithi Hospital arrived and took care of the mother and baby, before taking them to Paolo Hospital on Soi Chokchai 4.

Pichet is well-known among social networkers who have been tracking his record of assisting mothers to delivery on roads or in other emergency cases.

His fans say he is more capable than a gynaecologist.

Pichet was trained under a project initiated by the late King when Bangkok’s traffic congestion had become so bad that pregnant women were often caught in traffic and had to give birth on the city’s streets.