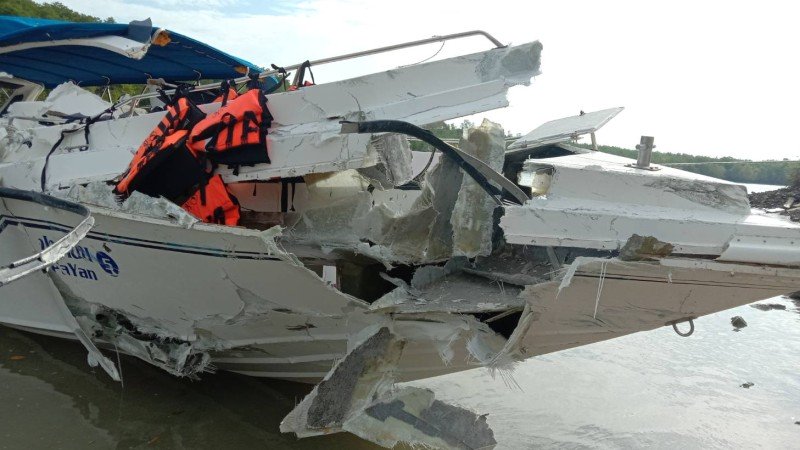 Reports place the accident in the channel linking Phuket’s two main marinas with the the bay on the east side of the island at about 8:15am

Maj Ekachai Siri of the Phuket Tourist Police has confirmed that the two people killed were both children, and both Russian: a 12-year-old boy and a 6-year-old girl.

In his initial report this morning Maj Ekachai, along with Marine Police Region 8 Chief Col Prasert Srikhunrat, explained that tour boat “Payan 5”, operated by Seastar company, was en route from Laem Nga in Rassada to pick tourists up at Royal Phuket Marina when the accident happened.

While the Payan 5 was turning into the access channel to arrive at Royal Phuket Marina, it was struck by another boat, the “ALP” operated by LP company.

The ALP boat was full with tourists and heading out into the bay from near Phuket Boat Lagoon, which is located further along the access channel, Col Prasert said.

There were 39 people on the two boats, he noted.

Of those, 15 people received immediate medical treatment and discharged from care, and a further 20 people were taken to the four hospitals above.

Four crewmen on the two boats were not injured, he added.

“At this time, the investigation into the collision is still ongoing. Officers will inspect the scene of the accident before traveling to see the injured persons at the hospitals next,” Col Prasert said. 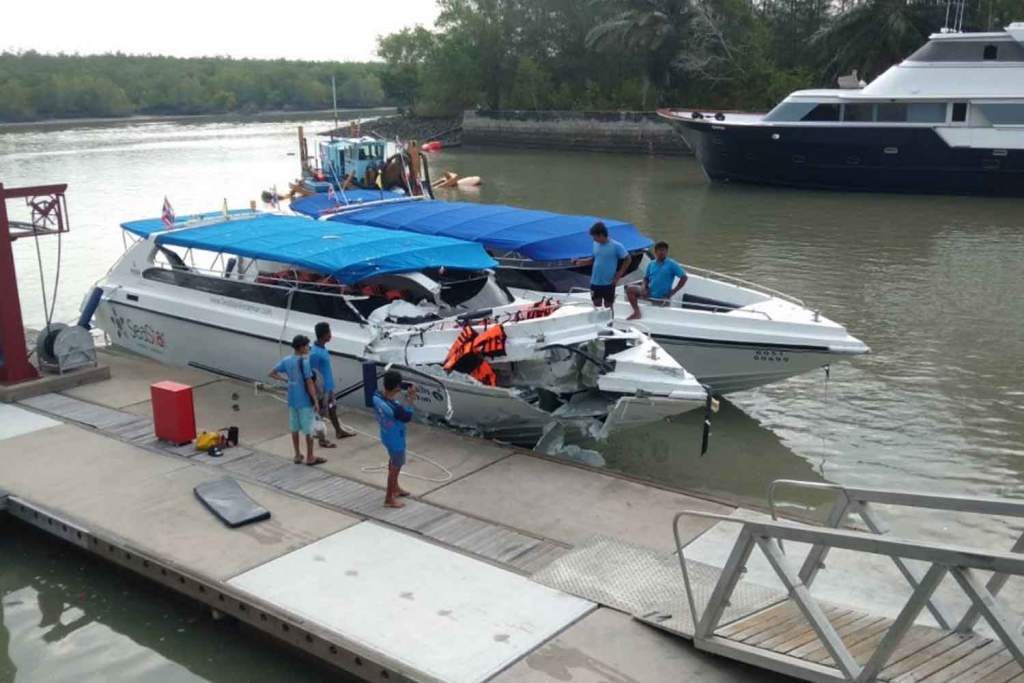 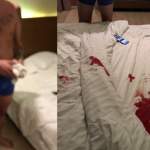 Update: Brit Tourist Called Ambulance After ‘Tearing Penis While Having Sex In Pattaya’ 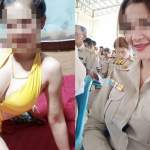