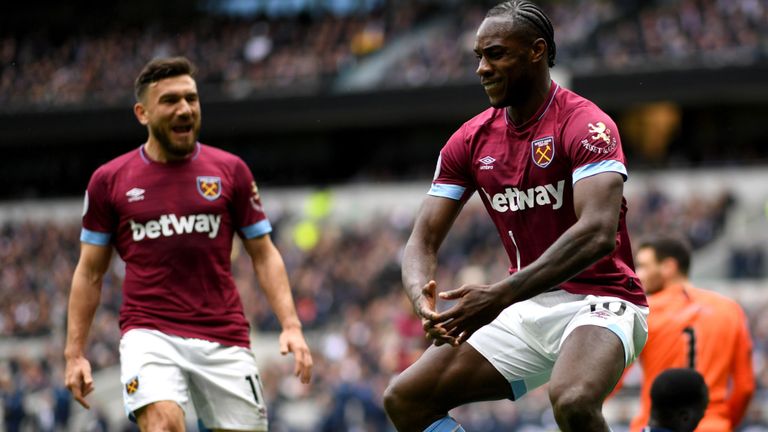 Born in Wandsworth, London, the 29 year old attacking midfield player has had a bit of a nomad career and before he joined West Ham he’d made most of his appearances on loan at various clubs. Tooting and Mitcham United 9, Cheltenham Town 9, Southampton 28, Colchester United 15, and Sheffield Wednesday 14.

His unpredictable style might have been a reason for that as teammates, and perhaps Antonio, never knew what would happen when he received the ball. But Sheffield Wednesday took a chance, signed him, and in 64 appearances he scored 12 goals. He then spent a season at Nottingham Forest who signed him for £1.5 million.

His 16 goals in 50 appearances were enough for West Ham who came in and splashed £7 million on Antonio in September 2015. He’s since gone on to play 107 games for the Hammers scoring 26 goals.

Antonio’s historic goal came in the 67th minute. Declan Rice found Marko Arnautovic who crossed from West Ham’s right. Antonio chested the ball towards goal and finished from just inside the six-yard box.

Man of the match: Issa Diop

Man Claims he Confused Him for a Wild Chicken