Home » Man Claims he Confused Him for a Wild Chicken

A man who shot and killed a hunter in Chom Thong earlier this month has told police he confused the man for a wild chicken.

The body of Mr. Chai Rat Saewa, 31 was found with multiple shotgun wounds in Moo 9, Doi Kaeo on April 17th  with police and the Royal Thai Army launching an investigation.

That investigation led to the arrest of Mr. Wathayat Anusorn, 41, at a house in Moo 14 Mae Soi, Chom Thong yesterday, April 28.

Mr. Anurson confessed to police, saying he heard wild chicken sounds and had fired upon what he thought was a wild chicken.

Upon going to retrieve what he thought was a wild chicken he instead found Mr. Saewa’s body.

Claiming he was shocked, he said he then fled the scene, hiding his gun and bullets along the way – the latter subsequently found as part of the investigation into the shooting.

This being Thailand, a recreation of the crime took place.

Mr. Anurson has been charged with negligence and an “action that caused the death of others.” 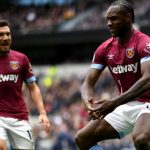 Speedboat thief pays up and apologises