At around 3:00pm on February 17th, Pattaya police and emergency services were called to a small housing estate on the outskirts of Pattaya, where an Englishman had sadly passed away.

At the scene police found the dead body of Mr. Brian David Way, aged 70 year old, lying on the bathroom floor of his home, wearing a pair of shorts and no top.

Police were alerted to the incident by a local Thai who also lives in the same housing estate. He said that he knew Mr. Way through passing in the street, but not on a personal level. He told police that he would see Mr. Way walking up and down the street most days, as a way of exercise, but hadn’t seen him at all for the past 4 days.

He went over to Mr. Way’s house to check on him, but knew something was wrong as soon as he approached the house because of the foul smell coming out. He made his way into the house, only to find the dead body of the Englishman lying on his bathroom floor. He immediately called emergency services for assistance.

On further inspection of the house, police found several different forms of medication, and judging by the state of the place, it hadn’t been cleaned for a while either. Initial evidence suggests that Mr. Way had been suffering from an illness, which had eventually become too much for him causing him to sadly pass away.

Mr. Way did have a Thai wife, but unfortunately she has not yet been located, but a few of the locals have suggested to police that she had returned to her home town a short time ago.

The body has now been transferred to a local hospital where a full post mortem will take place, before alerting the British Embassy of the sad news. 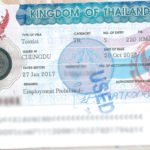