Home » Is today’s falling baht a sign of things to come?

The baht has weakened against the US dollar, opening at Bt30.70 on Tuesday after closing at 30.67 the day before.

Jittipol Puksamatanan, the financial strategist at Krungthai Bank, believes the markets are preparing for a strengthening of the dollar, while the Bank of Thailand has also introduced a policy of lowering overall liquidity by Bt20 billion, forcing short-term interest rates to fall.

“Last night the market was highly active due to the finalization of the US-China trade war and markets around the world rose – the US S&P500 went up by 0.77 percent, setting a new record, while in Europe the STOXX50 index rose by 0.69 percent, and the FTSE100 surged by 0.97 percent, aided by the weakening of the Euro and British pound,” he said.

Markets exposed to risks and ongoing European political problems have helped the dollar to rebound by 0.45 percent against the major currencies, while alternative assets, such as gold, fell by 0.50 percent to USD1,388 per ounce.

“This points out that the global production sector is slowing down due to the trade war,” Jittipol said. 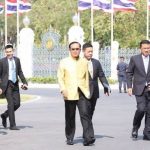 Talk of another COUP starts up in Thailand 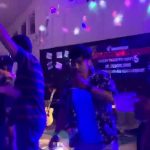 Video: Man drops DEAD after downing a PINT in Thailand