Three men were injured when two sedans collided at the Ban Chang intersection in Rayong province early on Sunday morning.

The accident happened at Ban Chang district at around 2am. Police and rescue workers rushed to the scene where they found the white Toyota Vios sedan on the footpath after it had toppled the alley name board, and almost crashed into a convenience store, while a black Nissan March sedan, with its front section wrecked, lay in the middle of road.

They found the drivers of both the sedans inside their damaged cars, while a homeless man who had been sleeping on the footpath sustained a slight injury. 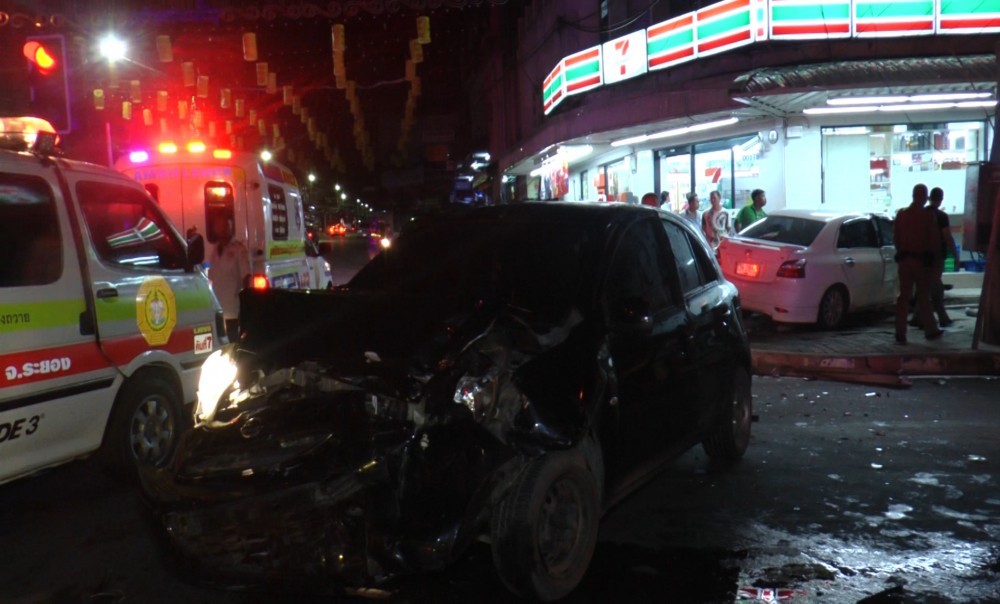 Siam Ruamjai Rescue Foundation officials, who manned the Ban Chang service point not far from the crash scene, told police that the white Toyota sedan was driving on Sukhumvit Road towards Muang Rayong when it crashed into the black Nissan sedan that was coming out of the Ban Chang-Payoon Road to cross the junction to head to Muang Rayong.

Police gathered evidence from the scene before summoning both drivers for questioning.