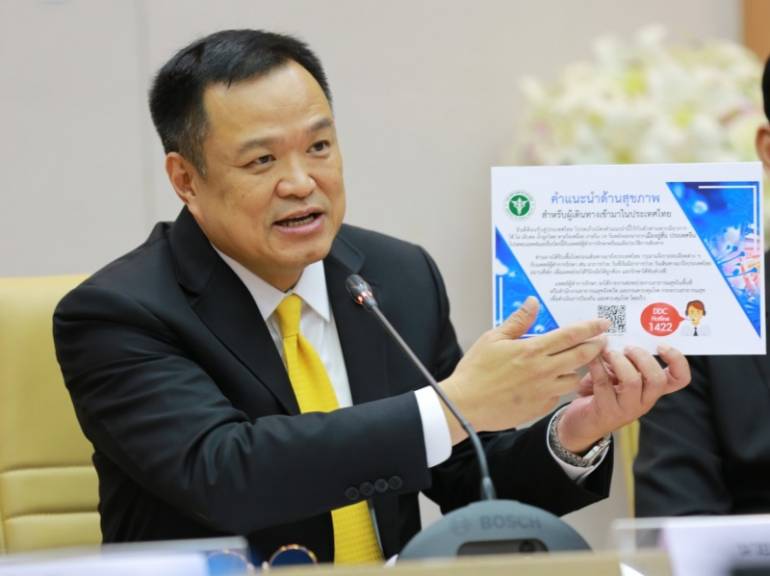 Thailand’s Public Health Minister, Anutin Charnvirakul, has acknowledged Progressive Movement leader Thanathorn Juangroongruangkit’s doubts and reservations over the vaccine deal, between Siam Bioscience and Oxford-AstraZeneca, and thanked him for his support for medics in their tireless efforts to contain the COVID-19 pandemic.

He also thanked the former leader of the now defunct Future Forward party for not repeating his controversial reference to the deal as a “Royally-sponsored vaccine”.

In a letter to Thanathorn, intended to clarify the details of the vaccine deal, Anutin explained that both the Public Health Ministry and the National Vaccine Institute have been dragging their feet over the procurement COVID-19 vaccines for Thai people, adding that, when they started working on the issue last April, the main focus was on dealing with the pandemic and any public disclosure of the deal, which was still being negotiated, would have confused the public and might have adversely affected the procurement efforts.

He said that it took officials quite a long time to negotiate the best deal for Thailand, which is safe and effective for Thai people. Only then was the Thai public informed.

The minister admitted that, during the negotiations with several potential vaccine suppliers, there were both legal and budgetary limitations, as well as conditions set by the manufacturers.

He said that all vaccine producers had set, as a pre-condition, a non-refundable down payment, to help finance the vaccines’ development.

This, he explained, is against Thai law, although the manufacturers had promised discount prices for their vaccines in case they were proven to be efficacious.

Taking into consideration the legal constraints, the production technology, the available sources of vaccines, public access to vaccines and the optimum use of funds for the vaccine program, Anutin said the Public Health Ministry and the National Vaccine Institute ended up choosing the vaccine from Oxford-AstraZeneca, which represented the best deal.

Altogether, 63 million doses, enough for 31.5 million of Thais, or 63% of the population who are not pregnant and aged over 18.

This should be enough to generate herd immunity, said Anutin.

The minister then asked for a level of understanding from critics of the Public Health Ministry and other agencies involved in the vaccine procurement project, noting that the vaccines are new and there might be occasional mistakes along the way.

He also pointed out that vaccines are not a cure-all solution “which will enable all of us to return to the pre-COVID-19 way of life.”

The vaccines, he said, are just an instrument to control the virus and to prevent the infected from becoming dangerously ill or dying, adding that there is still the need to wear face masks, maintain social distancing, regularly wash hands with sanitizer gel and avoid visiting crowded places.

The minister also explained why Thailand did not join World Health Organization’s COVAX vaccine program, explaining that the program is intended to procure vaccines for poor countries and Thailand is not classified as such.

He reiterated that the government is not monopolising vaccine procurement, adding that any other producers, besides AstraZeneca, can apply for registration of their vaccines and other companies, besides Siam Bioscience, can apply to procure vaccines for use in Thailand. 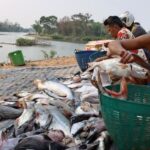 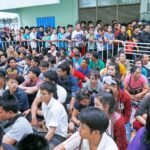