Thai rescuers reported that in a desperate attempt to flee a catastrophic fire that devoured a casino in Cambodia on Wednesday 28th December 2023, victims leaped to their deaths from burning structures.

The Grand Diamond City Hotel and Casino fire in Poipet, which borders Thailand, is believed to have killed at least 11 people, but the actual death toll is likely to be far higher.

Some of the casualties appeared to have passed away from smoke inhalation, according to Patcharin Thaenthong, the head of a Thai rescue squad that responded to emergency calls from Cambodian authorities. He claimed, “The fire had already consumed (most of) the structures when we arrived, so we could not get in.”

According to the officials, some 700 Thai residents were saved and sent to Thai hospitals.

Large bright amber flames and smoke plumes can be seen rising from the complex in photos taken at the scene.

According to Peerapan Srisakorn of the Aranyaprathet Rescue Foundation, he witnessed individuals jumping off burning structures.

Two people died instantly as they hit the ground, and four to five others had leg fractures, according to him.

Videos posted to the group’s Facebook page showed rescuers moving through smoke-filled hallways while wearing helmets and other safety gear.

Peerapan claimed to have seen at least nine additional bodies inside the structures.

He thinks the fire began in a restaurant on the ground floor and then spread to other areas of the complex. Some individuals “went to the rooftop, (thinking) the Cambodians could have a rescue crane to help,” he said.

He said that the fire’s ability to spread may have been aided by the weather.

He remarked, “Last night was really windy.” The entire building was rapidly consumed by the fire as it quickly moved to the top stories and then to all sides.

He claimed to have seen a building lose power and its lights turn off.

The extent of the fire’s suppression is still unknown.

The rescue team’s leader, Patcharin, said that while there was still a lot of smoke present, flames were no longer visible.

The source of the fire is still unknown, and the hotel’s elevated, constrained layout had made it challenging to accurately gauge the extent of the fire, he said.

Poipet is well-known for its numerous casinos and serves as a transportation center between Bangkok, Thailand, and Siem Reap, and Angkor Wat Cambodia.

Although almost all kinds of gambling are prohibited in Thailand, many Thais nevertheless cross the border to participate in legal gambling, making it a very common vice in the nation. 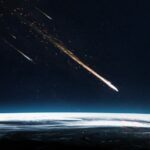 2 ‘New unknown minerals’ found on meteorite that crashed on Earth 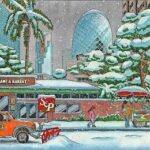