Home » Thailand suffers a rare loss in tourist arrivals for the month of March, spending down as well

The number of visitors fell 0.7 percent from a year ago to 3.5 million, official figures out Friday and data compiled by Bloomberg show. Foreign tourism receipts slid 1.3 percent to 184.5 billion baht ($5.8 billion).

Tourism is critical for Thailand and on some measures accounts for a fifth of the economy, prompting the military government to take steps such as waiving visa fees to woo travelers. The downbeat report follows data earlier this week showing a worse-than-expected tumble in exports, another economic engine.

“If the tourism arrivals and receipts continue to slide, it could be an added risk to the economy because the sector is one of the main drivers,” said Duangrat Prajaksilpthai, an economist at TMB Bank Pcl in Bangkok. “The numbers usually fluctuate and could bounce back so we have to wait and see.”

Political gridlock following a messy general election in March, the first since a coup in 2014, is also weighing on sentiment.

Last week, Finance Minister Apisak Tantivorawong said economic growth may slow to the low 3 percent range in the first and second quarters, and that officials are mulling steps to inject 20 billion baht of a stimulus.

Chinese holidaymakers have driven a years-long boom but arrival numbers have declined for two straight months. The figures also showed a substantial 35 percent jump in visitors from India. 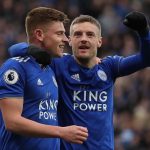