Sean Dyche Comes Across As A Tough No Nonsense Type Of Character Who You Would Want Next To You In The Trenches. But One Who You Would Never Want To Upset! Team News. Manager Comments. Stats, And Prediction.

Manchester City have a Burnley perfect ten! They beat them 5-0 at the Etihad back in October with Sergio Agüero, Bernardo Silva, Fernandinho, Riyad Mahrez, and Leroy Sané sharing the goals.

And in January this year City were at it again when they knocked another Etihad five past Burnley in the FA Cup. Gabriel Jesus, Bernardo Silva, Kevin De Bruyne, and Sergio Agüero completed City’s scoring that day after Burnley’s Kevin Long had scored an own goal for number four.

Dyche Wants To Be The Man!

Now Dyche is a realist. He’s well aware, that under normal circumstances, his side can’t compete with Manchester City. City are on a different level. Everybody knows that. But Dyche also knows this is a one-off game with a lot at stake. He would love to be the man, who put a spoke in City’s relentless charge for the title, and get some payback for the aggregate score that stands at Manchester City 10 Burnley 0 this season.

Most Exhilarating Premier Title Race Ever!

With Manchester City and Liverpool, continually trading places at the top of the table, this could be the most exciting Premier League title race in history. But it can’t run until the last game of the season, as the race between Manchester United and Manchester City, did in 2011/12. Can it? Well, it could. But if you’re a Liverpool fan, expecting Brighton to take something off Manchester City, you might not be that confident!

Strange Things Can Happen On The Last Day!

In 2011/12 Manchester United thought they had the title in the bag and so did most many others. They were beating Sunderland and City were losing 2-1 to Queens Park Rangers as the clock ticked past 90 minutes. Edin Džeko pulled one back in the 90+ 2nd minute. It had to be too late. Some people thought it was all over! At Sunderland some people were on the pitch.

But this game had more added time. Thanks in part to Joey Barton, playing for QPR, seeing red after 54 minutes.

Then up stepped Sergio Agüero, in the 90+ 4th minute, to score the winner. City were champions. They won with 89 points, the same amount of points as United, but they had an eight-goal better margin.

Right now City have a three-goal better margin that Liverpool, have this game in hand, and are two points behind.

Dyche has a ‘Party Pooper’ side to him and he will be looking for that today as he welcomes Manchester City to his Turf Moor War Zone!. In recent weeks Burnley have held Chelsea and Manchester United on the road and beaten Tottenham at home. But In amongst that, they’ve also had some horrible results.

In Dwight McNeil Burnley have one of the finds of the season and he just might be able to create something for Chris Wood and Ashley Barnes. He’s also very tricky and could temp Kyle Walker into a rash challenge in and around the box. Maybe even in it!

Thailand suffers a rare loss in tourist arrivals for the month of March, spending down as well 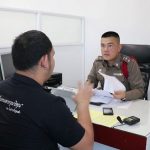 Man asks police for help after using 600k in one night on Baccarat.