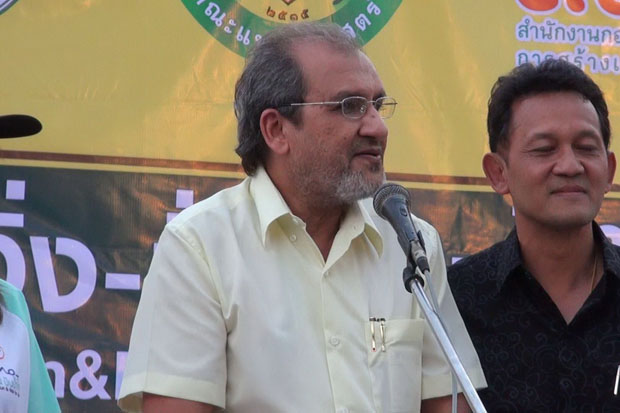 The 60-year-old businessman announced the donation at a wedding party Saturday night, saying he would make the donation when the rock artist reached the southern province on Nov 11. Early Saturday, Mr. Jimmy was treated after inhaling smoke from a fire at a building adjacent to his textile shop on Ratchadamnoen Road in Muang district. The 16-million-baht sum was on behalf of 1.6 million people of Nakhon Si Thammarat as Artiwara Kongmalai aka Toon Bodyslam encouraged each of 70 million Thai people to donate 10 baht to his south-north charity run to buy medical supplies for 11 public hospitals. Nakhon Si Thammarat people call Mr. Jimmy “the generous tycoon” as he has made donations to charity projects for decades. Media reported his textile sales were in a range between 500,000 baht to 1 million baht a day and he properly paid taxes. He has been in the business since he was 18 years old. In December 2015, Mr. Jimmy donated 28 million baht to provincial authorities to buy gold for the decoration of the pinnacle of the main pagoda at Wat Phra Mahathat Woramahawihan. On Monday, the sixth day of Toon’s charity run, he entered Songkhla province where was set to run 61.8km and stopped in Na Mom district. He intended to run 2,191km from Betong district of Yala to Mae Sai district of Chiang Rai over 55 days to raise funds for the hospitals. The 38-year-old singer raised 88.4 million baht in total as of 2.40pm on Monday. He had set the target of mobilizing 700 million baht when he finishes in Mae Sai district on Dec 25.   Source: Bangkok Post 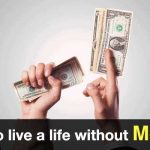 Live a life without Cash