A 18-year-old teenager was taken to hospital suffering from smoke inhalation on Saturday after a fire broke out at a shophouse in Bangkok’s Phra Nakhon district.

Police said the fire started at the three-storey shophouse on Chakkraphet Road in Wang Burapha sub-district at 11am.

The injured man, identified as Ekkaphum Pradabkaew, was taken to the BMA General Hospital.

The fire started on the second floor and spread to the third floor. The two upper floors are rented as a snooker parlour.

Five fire engines took about 20 minutes to control the blaze 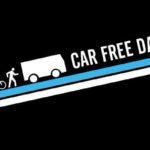