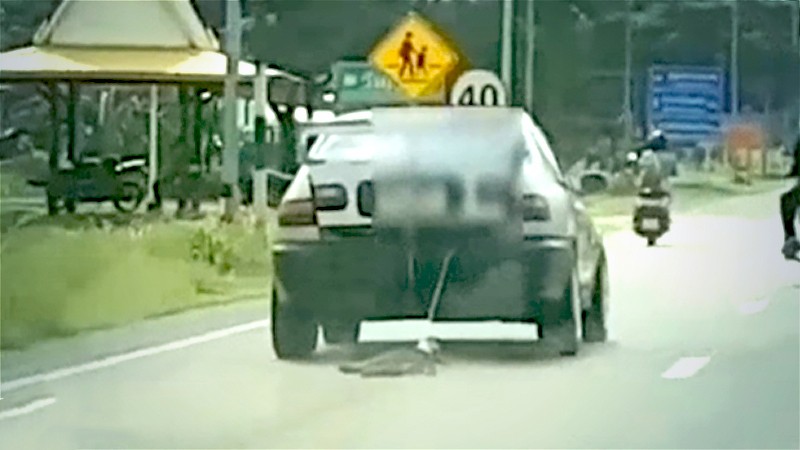 Animal rights group Watchdog Thailand (WDT) has received a horrifying video from a Si Sa Ket resident who managed to record footage of a dog being dragged behind a moving car.

The 40-second clip was uploaded at 10.30am today and quickly drew the attention of animal lovers, who were appalled by the scene.

The clip shows the apparently lifeless dog being dragged by a rope attached to a car in Kantharalak district, Si Sa Ket province.

Watchdog Thailand suspects that the owner might have forgotten the dog was tethered to the car and drove off without noticing, as a similar incident was reported recently. 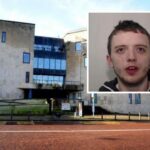 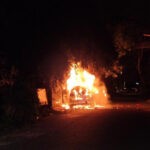 Couple escaped from burning car after lighting cigarette in Chonburi-VIDEO