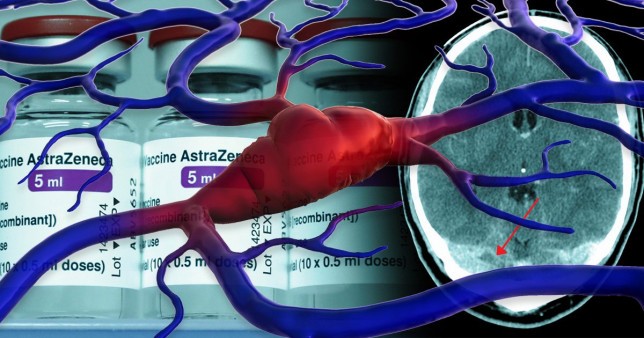 Researchers at Goethe-University of Frankfurt and Ulm University, in Helmholtz, Germany say the problem lies with the adenovirus vector.

The way the AstraZeneca jab works is to for the gene for the coronavirus spike protein to be added to another virus called an adenovirus.

Adenoviruses are common viruses that typically cause colds or flu and this is what allows it to enter the body and take effect.

Lead scientist Rolf Marschalek, explains in a pre-print paper published on Wednesday that this method adds the spike protein into the cell nucleus rather than the cytosol fluid inside the cell.

These are unable to bind to the membrane and become ‘floating mutant proteins’ that can trigger blood clots in around 1 in 100,000 people.

However, the scientists says the vaccines can be adapted to prevent this side effect, according to the Financial Times.

‘With the data we have in our hands we can tell the companies how to mutate these sequences, coding for the spike protein in a way that prevents unintended splice reactions,’ Professor Marschalek said.

The Medicines and Healthcare products Regulatory Agency (MHRA) said that while the estimated incidence rate of blood clot cases has increased over time, the number of cases remains extremely low in the context of the millions of doses administered.

The regulator’s position remains that the benefits of the AstraZeneca vaccine continue to outweigh the risks for the vast majority of people. 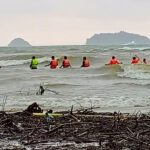 Boat capsizes off, Trat One missing