The Ministry of Agriculture and Cooperatives is calling on people everywhere to save water as this year’s rainy season is expected to remain drier than normal.

“There won’t be much rain between August and September,” the ministry’s permanent secretary Anan Suwannarat said on Monday, citing information from the Meteorological Department.

“Rainfall for the whole wet season this year is likely to be between five and 10 percent lower than normal.” Anan called on farmers who have not yet sown seeds to postpone their usual activities.

Nakhon Ratchasima’s Phimai district, for example, is gripped by an ongoing drought despite the fact the country is well into its usual rainy season.

Locals say the ongoing drought is the worst in 50 years: the Phimai Dam was less than 10 percent full as of press time on Monday.

Without the water they need to even grow enough food to feed themselves many farmers have become so desperate they have even started going to the dam to collect snails to eat.

The Royal Irrigation Department’s director-general Dr Thongplew Kongjun said his agency was now advising rice farmers to be self-sufficient. “If possible, use rainwater,” he said.

Dr Surasee Kittimonton, Director-General of the Royal Rainmaking and Agricultural Aviation Department, said his agency had already carried out more than 3,300 flights for cloud seeding over 149 million rai of farmland since March 1.

“This is a very high number,” he said. 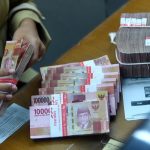 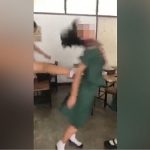