Children aged 12-18 years to get Pfizer…

Home » Surge in stress disorder cases due to violence-hit the south.

The Ministry of Public Health reports that the number of people suffering from traumatic stress disorder (PTSD) has increased significantly among the people in the southern border provinces of Thailand.

According to a recent survey, PTSD cases in the deep South are about five times higher than in other parts of the country, with primary school children among the hardest-hit groups. More than 4,000 students are vulnerable to PTSD with those in Pattani recording the highest risk of 39 percent, followed by students in Songkhla province where the risk is about 31 percent. Boonruang Triruangworawat, director-general of the department, said seven provinces – Songkhla, Pattani, Yala, Narathiwat, Satun, Phatthalung, and Trang – are on the agency’s priority list of areas where residents are most vulnerable.

A previous survey showed that about 3.4 percent of residents aged 18 and older in Songkhla, Pattani, Yala, and Narathiwat had mental issues. The ratio is higher than the nationwide average of 3.2 percent. As a result, the department has trained personnel at community hospitals and primary healthcare units in vulnerable areas to provide professional help for those facing mental issues, with PTSD being the most common mental illness.

The focus is now on a total of 4,178 primary school children in 26 schools since they are mentally affected by the frequent violent incidents in the four southern provinces. For students, special healthcare teams will help prepare them to better cope with violent incidents that may arise in their neighborhood so they will recover sooner. In addition, there will be more specific screenings to identify those suffering from mental illness so that they can be treated at an early stage.  Source: Nation News 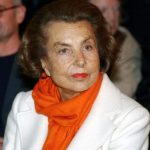 L’Oreal heiress has passed away with 94.