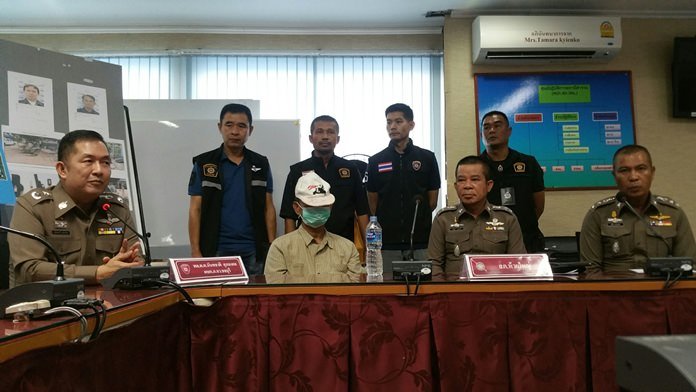 A Huay Yai landlord was arrested for allegedly shooting his tenant dead in a dispute over the lease.

Panom Mukakung, 61, was captured at a hotel in Nonthaburi Oct. 20, almost a week after he allegedly used a shotgun pistol to shoot Saree Yasoongneon, 47, in the eye at his Huay Yai Moo 6 village home.

The suspect confessed that he fled the scene in his Mitsubishi Mirage and threw away the gun before leaving the truck at a friend’s house. He then took a bus to Suphan Buri before returning to rent a room in Nonthaburi.

Saree was killed following a fistfight between the two men. The dead man had come to Panom’s house to discuss renewing a lease for land behind the landlord’s home where he planned to build a house. Panom claimed the lease had expired while Saree insisted it expired next March.

The argument escalated into a fight. Panom told police he was getting beaten up, so he went inside, got his gun and shot Saree. 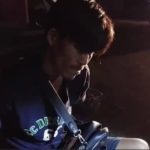 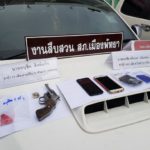