Night of 4 April 2020 was the 2nd day of the curfew announced by the Prime Minister of Thailand Prayut Chan-o-cha in accordance with the emergency decree aimed towards minimizing the spread of Covid-19. The curfew currently begins at 22.00-4.00 am of the next day.

There are exemptions for those working in night shifts and others with required documents. During the 2nd night of curfew, officials arrested 308 persons who broke the curfew. More were found to break the curfew, some had valid reasoning and some were let go with a warning.

Police Lieutenant General Piya Uthayo the Assistant Commissioner-General revealed that during the night of the 4th to the morning of the 5th (April 2020) 19,312 people have searched along with 14,344 vehicles. Most of these persons had valid reasoning for leaving their homes during the curfew and includes those working in logistics, those working in a night shift, medical personals, and others.

Within this number, some broke the curfew and did not follow the regulations. During the 2nd night of curfew, police along with officials from the army, Ministry of Public Health, and Volunteers coming to a total of 18,893 officers were on the watch for curfew breakers. There were 836 checkpoints throughout the country.

A total of 19,312 people were searched along with 14,344 vehicles. Out of the big number, officials caught 541 persons breaking the curfew along with 404 vehicles were called in. There were 39 persons forming groups during the curfew, this included drinking groups.

These 39 persons had 6 vehicles with them at the time. A total of 308 persons have been arrested and will be prosecuted accordingly. These curfew breakers are facing up to 2 years of imprisonment, or a fine not exceeding 40,000 THB or both. The rest of the curfew breakers were let go with a warning. Hopefully, people stop breaking curfews without valid reasoning, especially those planning to go drink with friends. 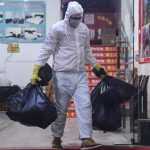 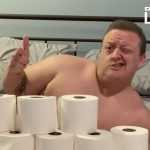 Mark KellyMay 25, 2020
The woman who allegedly poisoned her two-year-old son to solicit donations by appealing to public...
END_OF_DOCUMENT_TOKEN_TO_BE_REPLACED