MONGKUTWATTANA General Hospital will be allowed to provide specialized heart surgery for patients under the universal healthcare scheme for one more year although it has not yet fully complied with new staffing criteria.

The hospital has met all the requirements except for hiring at least one full-time cardiovascular and thoracic surgeon. “We have decided to allow the use of a part-time surgeon for one more year for hospitals that have already provided such services under our scheme before,” Public Health Minister Piyasakol Sakolsatayadorn, who chairs the National Health Security Office (NHSO) board, said yesterday. The move aims to minimise the effects on heart patients who have already been scheduled to receive percutaneous coronary interventions at Mongkutwattana General Hospital.

If the NHSO had refused to be flexible, Mongkutwattana General Hospital would not be able to perform percutaneous coronary interventions for patients exercising their right to free treatments under the universal healthcare scheme starting on October 1. Over the next three months, there are between 40 and 50 patients scheduled for such surgeries at the hospital.

Piyasakol has also assigned NHSO secretary-general Dr. Sakchai Kanjanawatana to talk to Mongkutwattana General Hospital director Maj-General Dr. Rienthong Naenna to establish an understanding of the new criteria. This week, Rienthong publicly criticised the NHSO move to enforce the new criteria, which affected not only heart surgery centers that provide specialized services through a referral system. “We are different from those centers.

We have taken care of patients from the universal healthcare scheme from the beginning and if their symptoms require percutaneous coronary interventions, we can perform the surgery for them without the need to transfer them elsewhere,” he said. Rienthong yesterday continued to insist the hospital would not alter its operations to fit the criteria. However, NHSO deputy secretary-general Dr. Prachaksvich Lebnak said his agency would not change its criteria to suit Mongkutwattana General Hospital. Given the new criteria, seven other hospitals have decided to stop providing specialized heart surgery under the universal healthcare scheme.   Source: Nation News 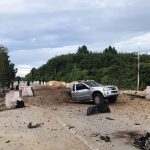