Two houses in Phichit’s Pho Prathap Chang district were damaged after a thunderstorm toppled power poles onto their roofs late on Tuesday night.

Villagers said the storm, which unleashed heavy rain, toppled nine power poles in Moo 8 village in Tambon Thai Phai, causing a power outage in the village. Several large trees were also felled because of the strong winds, they said. Sangwal Khumsup, 50, the owner of one of the two houses, said he and his wife were frightened when a power pole fell on their roof.

They rushed out with their two grandsons, aged 4 and 7, amid heavy rain for fear of electrocution from the high-voltage power cable, and took shelter in a neighbour’s house. NT – EP 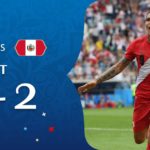