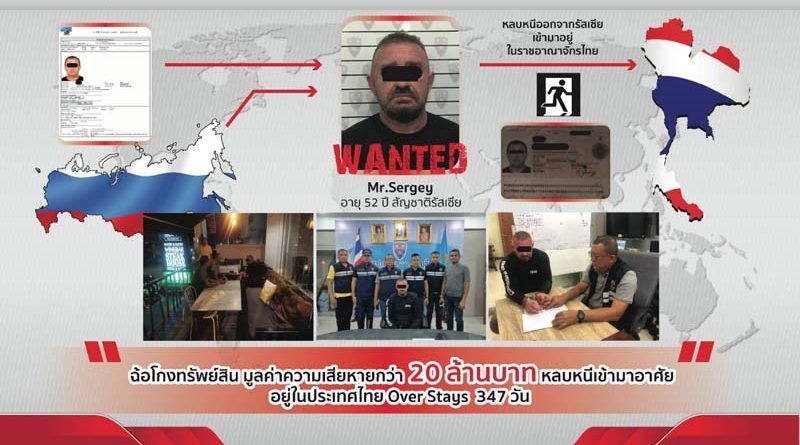 A man from Russia was arrested by officials in Chonburi. Sergey 52 years old is wanted by the Interpol in relation to a case involving fraud amounting to more than 20 Million THB in damages.

The Investigation Sector in the Immigration Police were notified on 25 September 2019 by a good citizen who wishes to remain anonymous about a Russian man hiding in Thailand.

The citizen claimed that there was a Russian man with an arrest warrant out in his name in Russia. The man has come into Thailand to hide from Russian Officials and the law in his own country.

The Thai Police then contacted the Embassy of the Russian Federation to the Kingdom of Thailand and discovered that Sergey first traveled into Thailand on 14 December 2011.

Afterward, Sergey regularly traveled back and forth between Russia and Thailand. His latest activity in Thailand was on 14 September 2018 when he went to extend his stay in Thailand to 13 October 2018 at the Ban Pakkad Immigration Office in Chanthaburi Province.

Sergey never went to extend his duration of stay, but he still remained in Thailand as a permanent residence with no goal to leave the country. The news of the arrest was published on 15 October 2019, coming to a total of 347 Days that Sergey has overstayed in Thailand since the stamped date.

Sergey opened a construction company in Russia. His projects also involved government constructions. Then from 2014 to 2015, Sergey cheated clients in his company including the construction of a Prosecutor’s Office in Surgut, Russia with damages amounting to over 20 Million THB.

After being charged in the fraud case, Sergey made his escape to Thailand.

The Interpol put out a Red Notice for Sergey on 12 November 2018. The suspect was arrested in Chonburi Province in front of a restaurant named Livv Finest Food and Drinks, Bang Lamung District, Chonburi. Sergey will be prosecuted by the Pattaya Police. 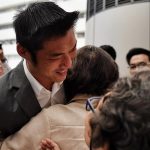 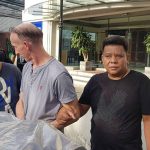