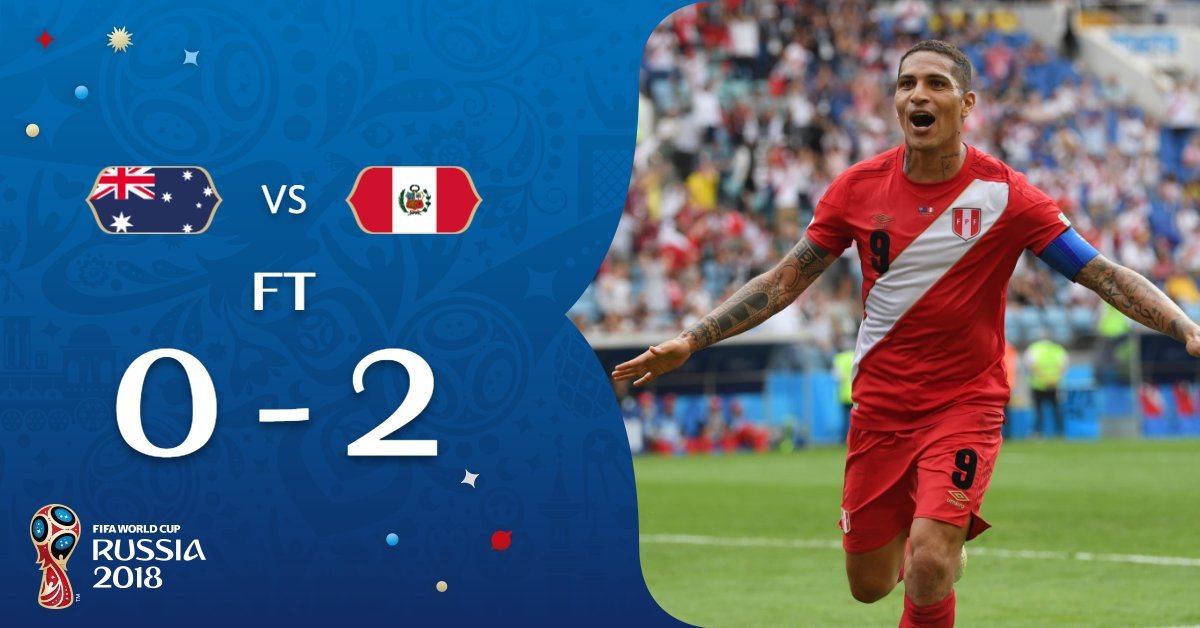 Australia’s World Cup last-16 hopes were ended by a 2-0 defeat to Peru, who finished their tournament with a historic win.

The South Americans, who were yet to score in the tournament, went ahead from their first attack when Watford loanee Andre Carrillo’s textbook volley beat Mathew Ryan from 15 yards after 18 minutes.

Australia’s relentless pressure failed to forge any major openings before Peru doubled their lead, when a wild deflection found Paolo Guerrero in the Australia box, and another from his shot wrong-footed goalkeeper Ryan (50).

Australia forced a couple of half-chances from corners, with Tim Cahill seeing a volley blocked, but the Socceroos’ tournament ended with a whimper -even though Denmark’s draw with France would have eliminated them anyway – while Peru were left wildly celebrating their first World Cup win since 1978.

Man of the match: Andre Carrillo

Needing a win to have any chance of progressing, Australia’s urgency was clear from the off, keeping Peru camped in their half in the early minutes.

A half-chance for Mile Jedinak was scooped over from 20 yards, but their lack of ideas in open play continued from their opening two games – and Peru showed them how to do it with their first sight of goal.

Guerrero found some space on the left of the Australia area, and spotted the late run of Carrillo. Having picked the Benfica winger out with a perfect pass, the finish was equally impressive and left Ryan scrambling.

Celtic’s Tom Rogic bundled his way beyond three challenges as Australia sought an immediate response, but was thwarted by Pedro Gallese’s low dive.

There were two changes for Peru, one in midfield and another in defence, with centre-back Anderson Santamaria replacing Alberto Rodriguez, and Renato Tapia in for Pedro Aquino.

Tomi Juric replaced Andrew Nabbout in Australia’s attack, marking their only change from the 1-1 draw with Denmark last time out.

That was it in terms of clear chances until Peru doubled their advantage five minutes into the second half – when Flores’ shot took a wicked deflection off Jedinak to reach Guerrero, and his shot beat Ryan with the help of a touch off Mark Milligan.

Two Aaron Mooy corners in quick succession found Aziz Behich and Cahill, who both saw goalbound efforts deflected away, as Australia’s hopes of progression slipped rapidly from their grasp.

At the final whistle, players from both sides sunk to their knees in tears but for very different reasons, with Peru’s 14,625-day wait for a World Cup win finally over, and Australia’s disappointing tournament ending on a sour note.

Man of the match – Andre Carrillo

Aside from being Peru’s first World Cup goalscorer in 36 years, Carrillo has arguably been their player of the tournament, and was lively down the right, winning four of his six duels.

And his goal was one to savour, the winger’s technique timed perfectly as he caught Guerrero’s cross first time to beat Ryan with a brilliant finish. 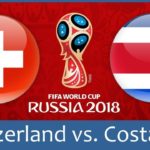