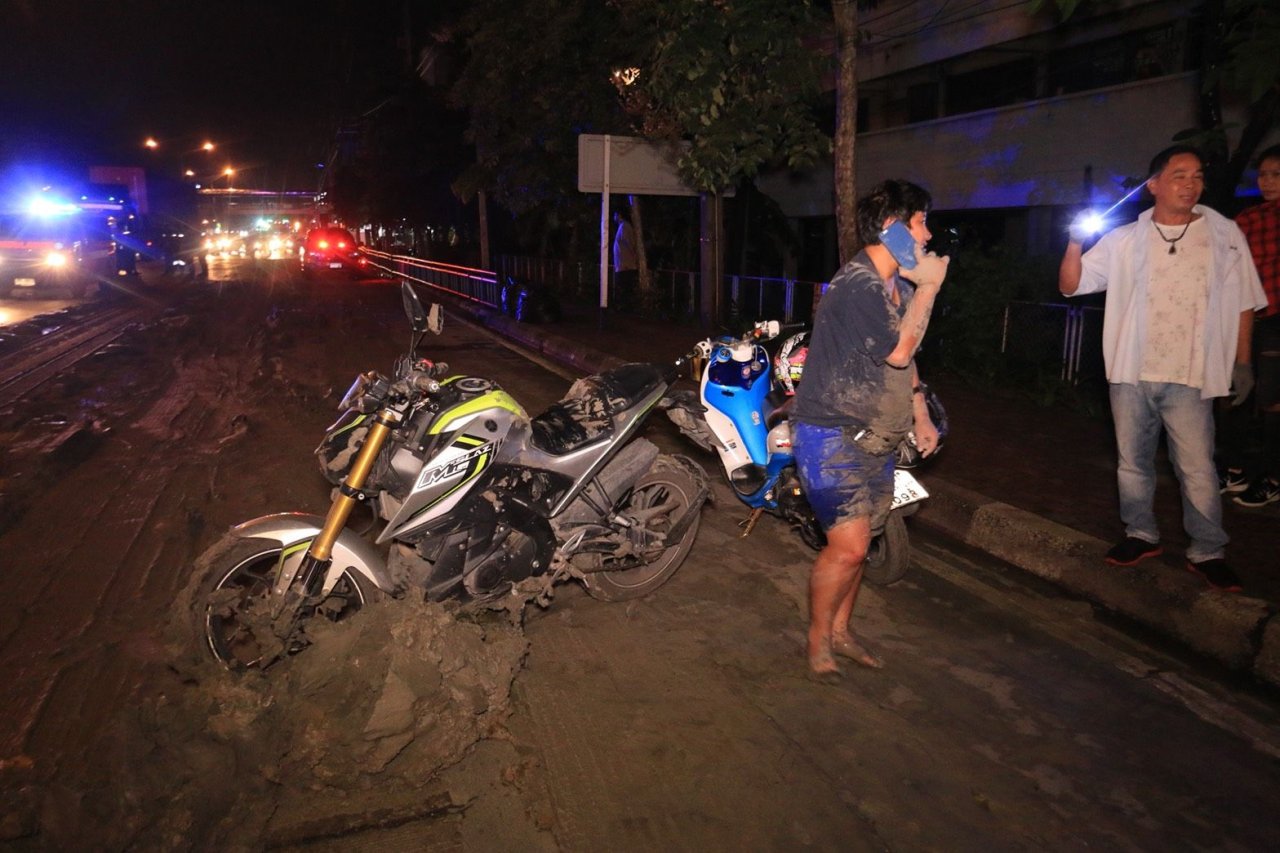 Bangkok Road: In scenes resembling a demolition derby, eight cars and seven motorcycles crashed to a halt after running into mud spilled across the road by a six-wheel truck in Bangkok’s Bang Khen district early on Wednesday.

Police said the multiple accidents happened on the outbound Ram Indra road in Tha Raeng sub-district, where the truck had spewed piles of mud on the road for about 500 metres.

The cars were damaged when they collided with the piles while the motorcycle riders were unable to stay upright on a muddy slick that sent men and machines skidding to the ground.

Yen Suebsing, 60, a taxi driver who hit a pile of mud, said he saw the truck head off down the road after spilling its load on the road. 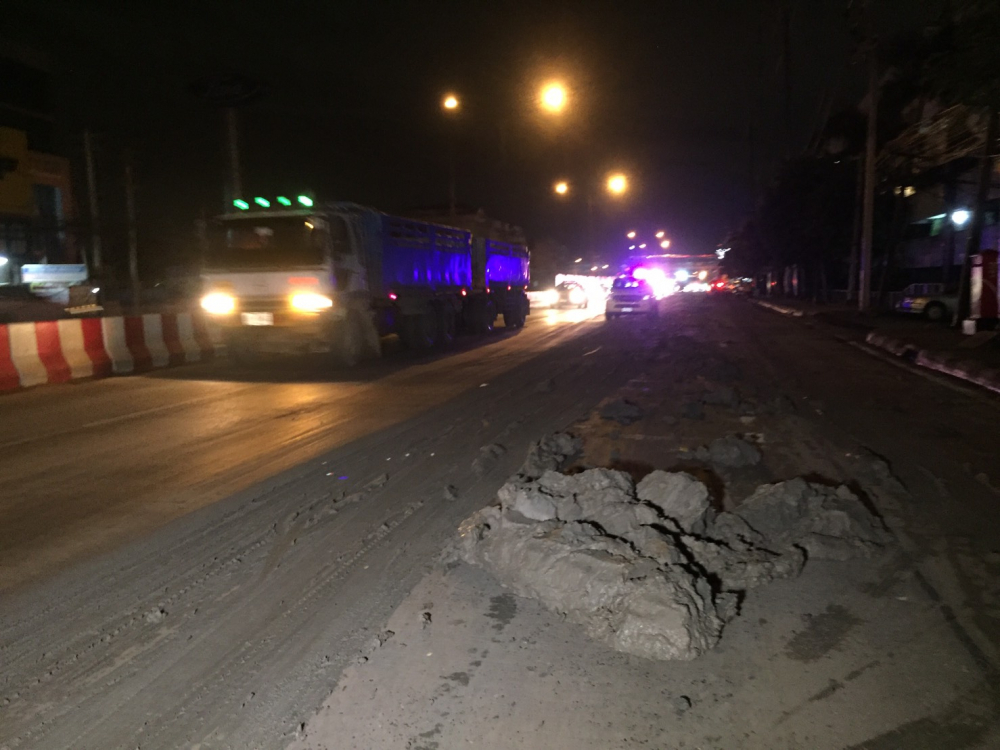 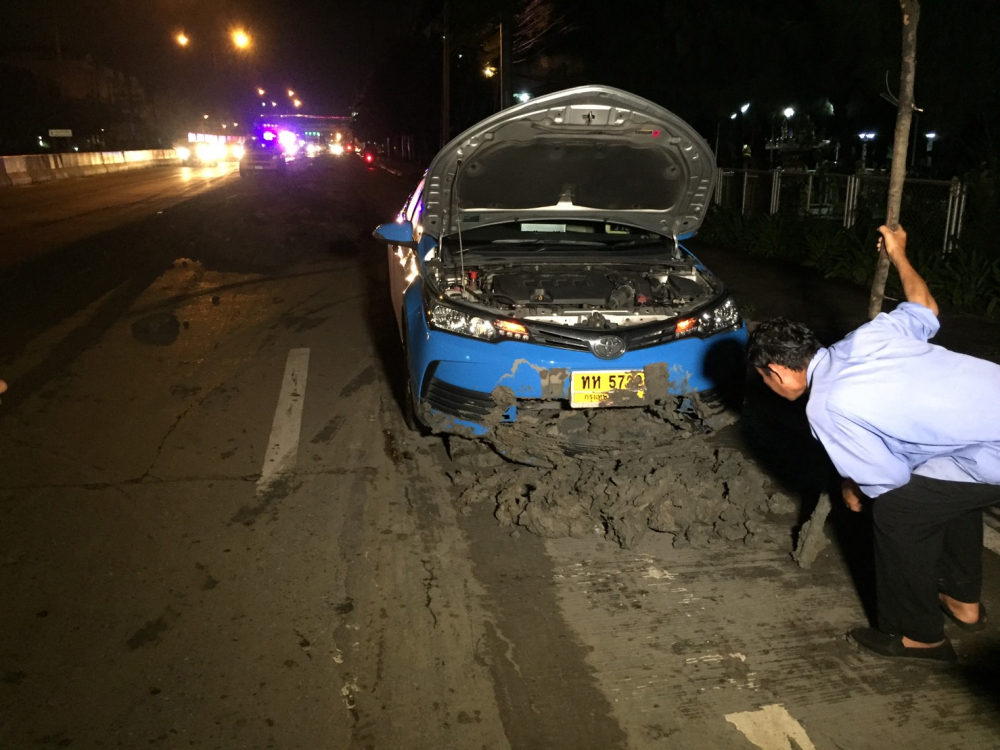