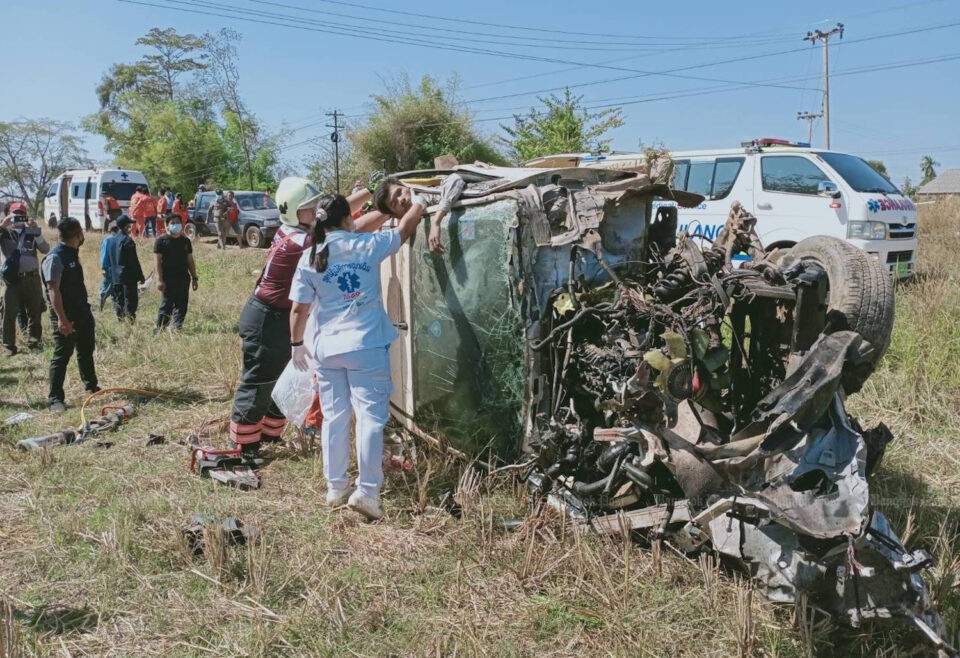 Two people were badly hurt when their pickup truck went through an unmanned railway crossing into the path of a train in Huai Thalaeng district on Friday afternoon.

Police and rescue workers who rushed to the scene found the Isuzu D-Max pickup with Nakhon Ratchasima licence plates in a paddy field beside the railway track.

Rescue workers were able to free the man and woman trapped inside the wreckage. They were identified later as driver Boonrod Somboon, 47, and Sornchai Pinatha, 43, both from Huai Thalaeng.

According to a police investigation, Ms Boonrod was driving to her village at the time and on reaching the crossing, she failed to notice the Bangkok-Ubon Ratchathani train approaching. The pickup went through the crossing and was hit.

The force of the crash sent the vehicle into the paddy field and its occupants were badly hurt.

Police are investigating to find more details about the crash.

Local residents have called on the State Railway of Thailand to install a barrier to prevent a recurrence of such accidents as they regularly use the unmanned crossing. 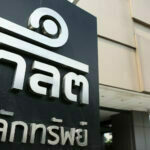 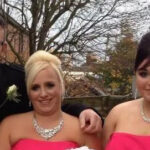