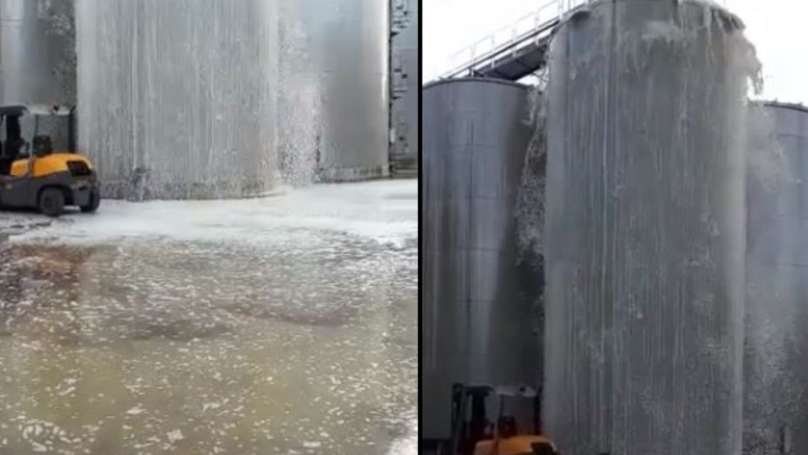 Dramatic footage has been shared online that shows a huge container full to the brim with Prosecco overflowing and creating a huge fountain of sparkling wine.

That sounds like a dream that many of us may have had at some point in the past, but believe me, it doesn’t look like a whole lot of fun. In fact, it is exactly what the people who were storing the Prosecco didn’t want to happen.

The footage was taken in Conegliano, near Veneto, in the Italian province of Trevino. Prosecco has what is known as a controlled designation of origin, which means that it can only be called Prosecco if it has been produced in certain parts of Italy. 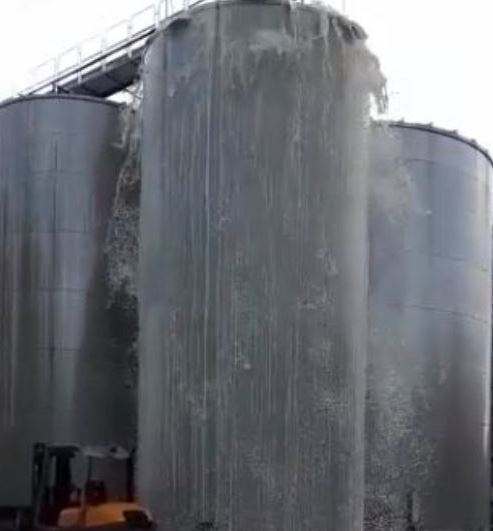 Seriously though, this ‘fountain’ of prosecco is a good few metres tall and came from a tank that contained around 30,000 litres of Prosecco.

That’s more than enough to drown yourself in the best way possible. Let’s all hope sincerely that Joanna Lumley never learns of the existence of these things.

Anyway, it’s not clear whether the tank was overfilled, or whether there was some kind of fault with the container’s lid, or basically what happened at all.

We can only imagine that they somehow managed to shake it up and then took the giant cork out of it. Isn’t that how this usually works?

The incident was posted onto Facebook by L’enoteca Zanardo Giussano and shared for all to see. It’s been viewed more than a million times so far.

As bad as it looks, it might actually not be too disastrous for the wine’s producers.

Due to the heatwave that enveloped the whole of Europe this summer there has been a massively more productive harvest this year than there was expected to be.

If it had happened last year, things might have been different. Ongoing rubbish weather meant that there was a danger of a Prosecco shortage last year – heaven forfend – but that is definitely not going to be the case this year.

In fact, they are expecting the region to produce around 600 million bottles of lovely fizzy Prosecco this year. That’s enough to get a large sized family through Christmas Day, for sure.

By Boxing Day they’ll be running out, but you know.

However, here in Britain, Prosecco numbers are down for the first time in a while. They’re down by around seven percent as British drinkers opt to buy British fizz.

Why exactly they’d want to do that is beyond reason, well, you know…

Perhaps we could call it Prosecxit?

VIDEO: Mum Arrested After Letting Son, 10, Get A Tattoo From A Dirty Needle