Ecstasy party: Police arrested 34 people and seized MDMA (ecstasy) pills in a raid on a shophouse near Bang Saeng beach in Chon Buri early on Wednesday.

Officers from the Saen Suk police station arrived at the shophouse at 3am after receiving a complaint from neighbours that teenagers were hanging out there for a drug party.

Police found 34 partygoers inside the building on the Bang Saen road opposite the Bang Saen provincial electricity office in Tambon Saen Suk.

Eight of the revellers were teenagers between 14 and 16 years old. Of the 34 arrested, 11 were girls.

The partygoers were taken to the police station for drug tests and possible legal action. 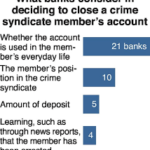 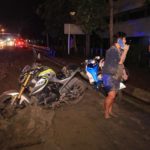