Cristiano Ronaldo is rumored to be the new owner of the one-off Bugatti La Voiture Noire – reportedly the most expensive car ever built.

Reports suggest Ronaldo has spent €11million (£9.49million) on the unique Bugatti which was first presented to the world at the Geneva Motor Show 2019.

The French luxury company built only one of the prototype supercar and it is a tribute to the 110th anniversary of the founding of the company.

The car is a modern interpretation of the mythical and legendary Bugatti Type 57 SC Atlantic, four of which were built between 1936 and 1938.

The car is powered by an 8.0-litre turbocharged W16 engine and can reach 260mph.

Bugatti has confirmed the one-off model now has an owner, but have refused to officially identify them. 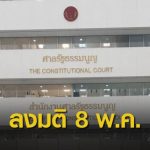