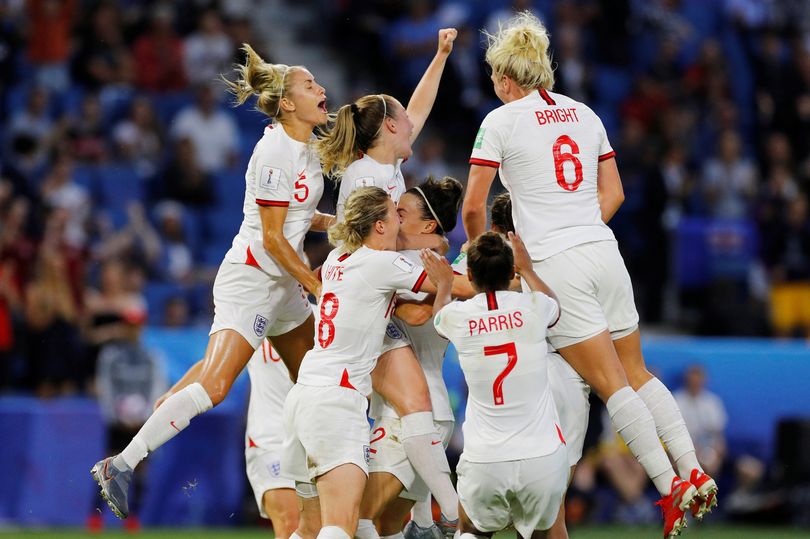 England eased into a second consecutive World Cup semi-final with a comfortable 3-0 victory over Norway in Le Havre.

Goals at either end of the first half from Jill Scott and Ellen White set Phil Neville’s side on their way before Lucy Bronze’s second-half stunner sealed their spot in Lyon.

Neville made just one change to the side which beat Cameroon on Sunday, Demi Stokes replacing Alex Greenwood at left-back in a like-for-like switch.

England has started quickly in the majority of their games so far in France, but never more so than Scott opening the scoring inside 120 seconds in Le Havre.

Lucy Bronze, who was superb down the right-hand side, looked to pick out Ellen White after a bursting run but the striker couldn’t connect with her cross.

Fortunately, Scott was following up to score the opener and join Fara Williams as the only England player to have scored in three separate World Cups.

England looked as threatening as they had in the first half against Scotland back at the very start of the tournament with both White and Nikita Parris going agonizingly close to doubling the lead.

Parris cut inside into space and possibly could have passed instead of taking on a shot on her left foot, the resulting effort going wide of the far post.

White came closer still when Parris looked to turn provider with a dinked ball over the Norway defense, White smashing a first-time half volley off the far post and could only watch on with frustration as the ball bounced to safety.

Norway though wasn’t going to take the early blow lying down. England did a solid job of stifling the threat of Caroline Graham Hansen, but gaps did appear at the back which Martin Sjogren’s side failed to capitalize on.

New Chelsea signing Guro Reiten was the main threat but the closest she came was when her effort from the edge of the box was well blocked by the returning Demi Stokes.

While Norway remained a threat, England found it far too easy to cut them apart for a vital second goal five minutes before the break.

Bronze slipped Parris in down the right-hand side and with Kristine Minde taken out of the game, the recent Lyon recruit had the simple task of squaring the ball for White who tapped home her fifth goal of the tournament.

Norway came out in the second half looking for a route back into the match but could only call on near misses as the game ebbed away from them.

Reiten and Graham Hansen looked to threaten England’s security but the Lionesses wrapped things up in the most emphatic of fashions when Bronze rocketed home a very similar strike to the one she scored against the same opponents four years ago.

Stepping onto Beth Mead’s free-kick, Bronze fired home brilliantly from the edge of the box to all but seal England’s semi-final spot in Lyon.

Norway though continued to pose a threat to England’s defense. Substitute Lisa-Marie Utland saw an effort cleared off the line by Houghton before Bardsley was called upon to make several saves in succession to keep England’s clean sheet intact.

England then had a chance to make it 4-0 from the spot late on but Parris saw her penalty saved by Norwegian keeper Ingrid Hjelmseth.

While Norway will wonder how they didn’t score at least one on a night England were once again generous at the back, it’s the Lionesses who march on and are now just one game away from a World Cup final. 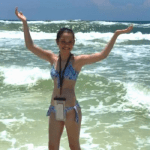 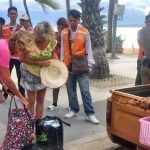 Pattaya vendor tackled by tourists after stealing from German tourist