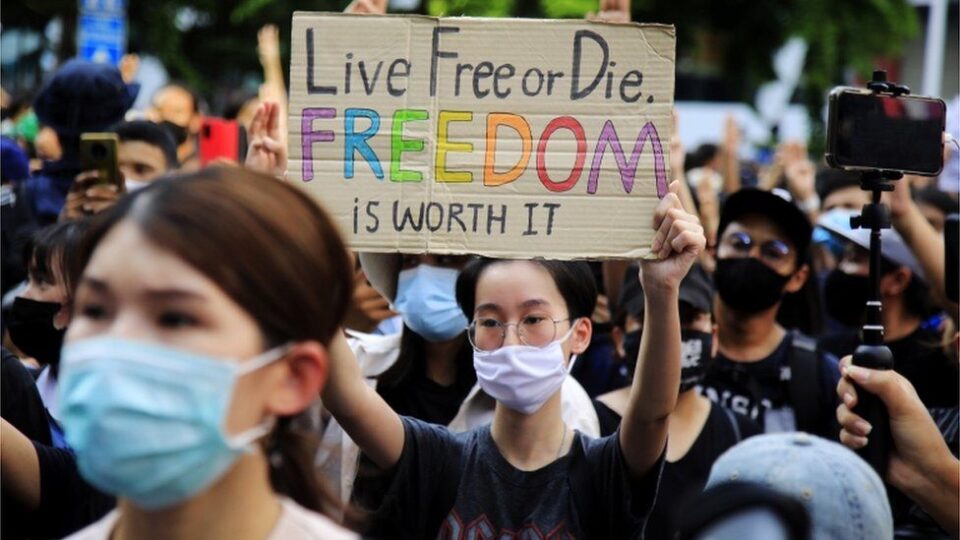 Pro-democracy groups have vowed to intensify their protests and lead two million people to rally this year.

Panusaya “Rung” Sithijirawattanakul, one of the protest leaders announced the plan including the goal of two million protesters a day after a Bangkok court held four of their leaders on royal defamation charges.

Activists on Wednesday gathered at Pathumwan intersection for a second consecutive day to demand the immediate release of leaders, she said.

About 1,000 protesters gathered and called for the release of the four protest leaders, who are Parit Chiwarak, Arnon Nampa, Patiwat Saraiyaem and Somyot Prueksakasemsuk.

Activists occupied the road and the skywalk in front of the MBK Centre amid tight security from crowd control police officers.

The protesters booed the officers and beat pans and pots that they had brought with them.

Adopting the belief of the Myanmar people that banging pots can dispel evil spirits, core protest leader Panupong Jadnok added that they use empty pots because they are now too poor to buy rice.

Besides releasing their leaders, the protesters insisted on the three demands they have mentioned in previous protests: the resignation of Prime Minister Prayut Chan-o-cha, charter change and reform of the monarchy.

While the protest started around 4pm, the protesters at around 7.30pm marched to Pathumwan police station to demand their release.

At about 8.20pm, explosion sounds were heard three times in Chula Soi 5, behind the police station.

Chaos ensued but nobody was hurt. A teargas cartridge was found later. The protesters dispersed around 9pm. 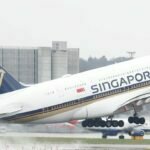 Back in the air Singapore Airlines begins flights 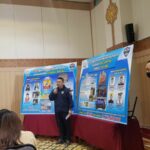