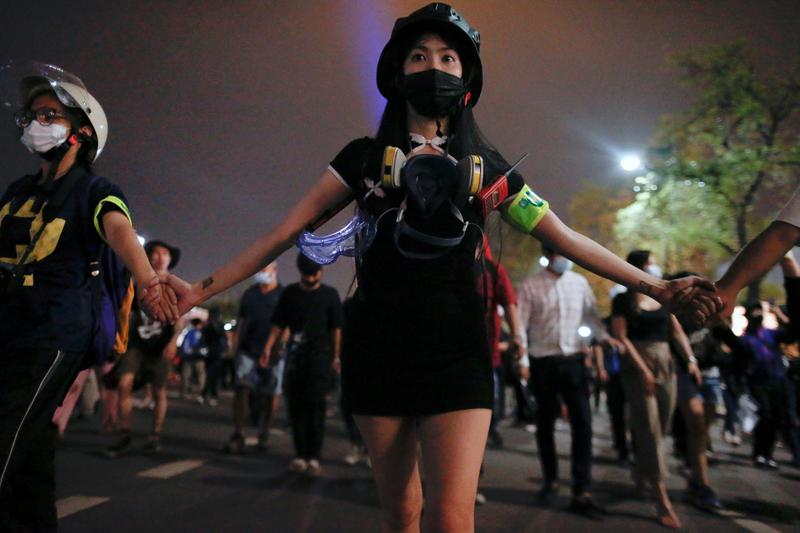 Thai pro-democracy protesters were confronted by riot police and water cannons as they tried to approach Bangkok’s Grand Palace to deliver letters about their political grievances addressed to the country’s king.

The protesters had pushed aside a bus that was serving as a barrier to try to get closer to the palace, which houses the royal offices.

They had met earlier at Bangkok’s Democracy Monument and marched as darkness fell, pushing past an initial thin line of police.

The confrontation was brief, and police later allowed the protesters to place four red mock postboxes near the palace walls into which they could place their letters. People then went home, ending the protest.

The police had used water cannons when demonstrators attempted to approach the palace after the march was declared illegal and had asked for protesters to send representatives to talk.

Protesters threw objects at police during the confrontation, but both sides backed off after a few minutes and it appeared that no-one suffered any serious injuries.

“People just wanted to submit the letters. There was no sign of violence from protesters at all,” said 36-year-old demonstrator Thawatchai Tongsuk.

“If the police gave way, I believe that the leaders would have submitted the letters and then been finished. Everyone would go home.”

The demonstrators had solicited letters to the king from protest supporters that marchers said they intended to deliver, though the action was clearly a symbolic one and designed to maintain public interest in their cause.

Thailand’s pro-democracy movement has been pushing a bold challenge to reform the monarchy with almost daily demonstrations.

Yesterday marked the second time water that water cannons have been used against them during several months of demonstrations.

The student-led movement, which over several months has seized the political initiative, has put enough pressure on the government of prime minister Prayuth Chan-ocha to call for Parliament to deal with at least some of their demands.

The protesters believe Mr Prayuth lacks legitimacy because he came to power after an election last year whose rules were set up under military rule.

Mr Prayuth, as army chief in 2014, led a coup ousting an elected government and then headed the junta that ran the country until last year’s polls.

A new constitution was put into effect by the junta that the protesters also consider illegitimate and anti-democratic.

The third demand, calling for reform of the monarchy, is the most controversial. The monarchy has traditionally been an untouchable institution, regarded by most Thais as the heart and soul of the nation. 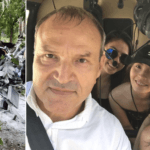 Australian aviation fanatic, 65, killed when his autogyro crashes in the Philippines