A demonstration, led by political activist, Brahmasara “Fah” Viradhammajari and his partner Titat “Peter” Kuantrakul, was held at the CAT Telecom building in Bangkok today (Monday), when they intended to request a marriage license, which were being issued on Valentine’s Day.

The couple also displayed a rejection letter, issued by Bang Rak district office, which states that their marriage license request has not been granted, because Thai law only accepts marriage between a man and a woman.

Brahmasara said that they are upset by the decision, as they have tried very hard to get same-sex marriages officially recognised, noting that the government does not understand gender diversity.

He also said that, with the same-sex marriage bill stalled in parliament for at least a few more months, many LGBT couples are being denied the rights they deserve.

“The marriage license for couples, no matter who it is, is not only to show love on Valentine’s Day, but it also means the right to take care of them [when they fall ill]. How can we take care of our loved ones if we are not allowed to?,” Brahmasara said.

“Today we are together, as the first step, to show the government that love is not limited only to certain people, love is the most beautiful thing in the world and it will bring everything else,” he added.

Meanwhile, Chumaporn Tangkliang, a prominent LGBT and feminist activist, said that today’s demonstrations aim to change the meaning of Valentine’s Day in Thailand, so it is no longer limited to heterosexual relationships.

She expressed frustration that not every movement receives a warm welcome from the government.

“The truth is that not every place has been friendly to people like us, because they think we’re going to cause damage.

What we really want is to demand our rights, which of course, we have to do in public places,” said Chumaporn.

Move Forward Party’s draft bill on marriage equality hit a snag last week when parliament voted to have the cabinet vet it first, adding at least 60 more days to the process. 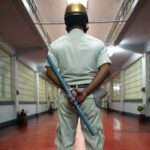 Husband served 14 years in prison, but insisted he is innocent 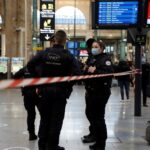