Home » Pattaya underpass expected to be ready end of May

Pattaya underpass expected to be ready end of May

Officials connected to the building of the 1.9km Cantral Pattaya underpass are confident everything will be ready by the end of May 2017.

Contractors and representatives from the Department of Rural Roads were holding a meeting at the Grand Soleil Hotel in Pattaya yesterday, reported STV Pattaya.

They announced that the project – at a cost of 800 million baht – will be delivered as per the contract though it is several months behind schedule. February was originally mooted for the opening after construction started back in 2014.

All of the major infrastructure of the tunnel is complete and there are just a few matters of surfacing, signage and lighting to finish, said Rachan Janthorn of the department of Rural Roads.

No opening date was given in the Sophon Cable TV story on Facebook but it was stated that the building of a bridge for handicapped people would not delay the opening of the tunnel as had been previously feared.

Both locals and holidaymakers alike will be happy to finally see the tunnel open, after the problems it has caused for traffic moving both ways.

I wouldn’t hold your breath though, the key word coming out of the meeting was ‘expected”, which sounds more hopeful than certain to me. 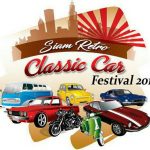 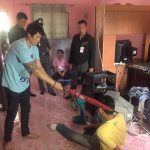