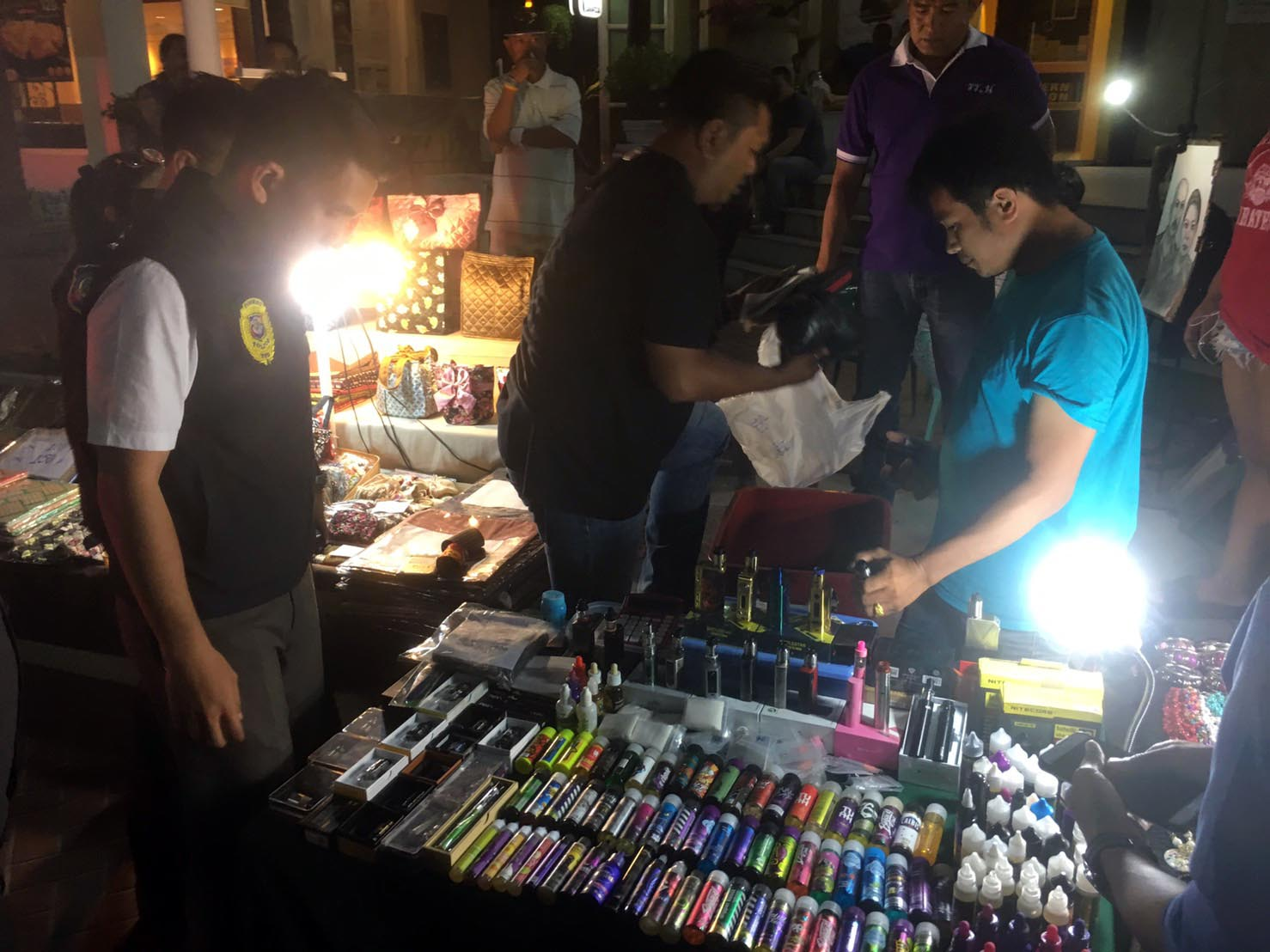 A surprised seller of electronic cigarettes and shisha was arrested in a midnight raid in front of the Royal Garden department store on Saturday night.

Tawatchai Muakseng, 33, had 100,000 baht’s worth of merchandise on his cart when police from the local station and tourist cops led by Piyaphong Ensarn descended on the area.

Taken into evidence were 24 electronic cigarettes, 10 electronic shisha pipes, a quantity of heads, coils, charcoal and 125 bottles of vaping fluid.

Even though there is a law in Thailand which prohibits the sale of such items, Tnews said that Tawatchai was selling his wares in full view for anyone to see, yet was still shocked by the raid before he was taken to tourist police HQ.

He argued that there are 100’s of other sellers in and around Pattaya selling exactly the same products, but none of them have been subject to the treatment he was receiving.

Thaivisa notes that the selling of such products can attract heavy fines and even jail terms in Thailand as the products are not only illegal but have not been subject to tax.

Many raids have taken place throughout Thailand. 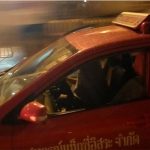 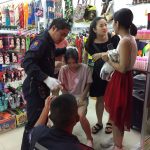