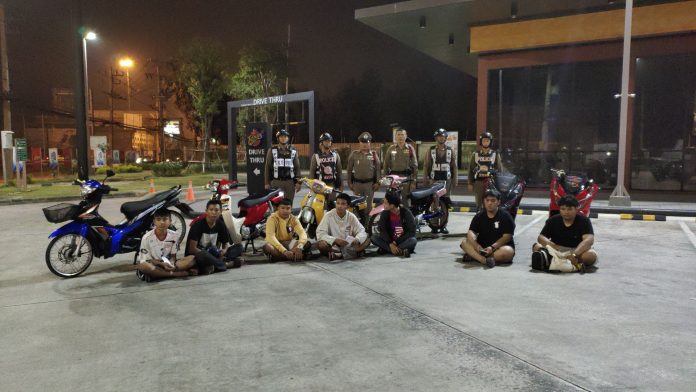 Nearly twenty racers were arrested in total on Sukhimwit Highway near a Texas Chicken restaurant during the police operation in which officers surrounded the racers forcing them off the road.

During the operation one motorcycle driver, Noppadon Saekow, 22, who was driving a motorbike without license plates, attempted to ditch the motorbike and run away on foot. Officers were able to catch the suspect after a sustained footchase. Noppadon was not cooperative with police.

Police searched Noppadon and discovered a bag containing crystal Methamphetamine, called Ice locally. He is also a conscripted soldier who had been on the run from conscription, officers stated. He was arrested and charged with possession of drugs and will be given to the Royal Thai Army for processing. 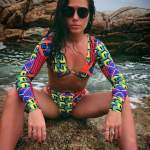 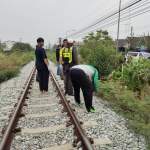