Home » 2 People injured and a dog killed in road crash 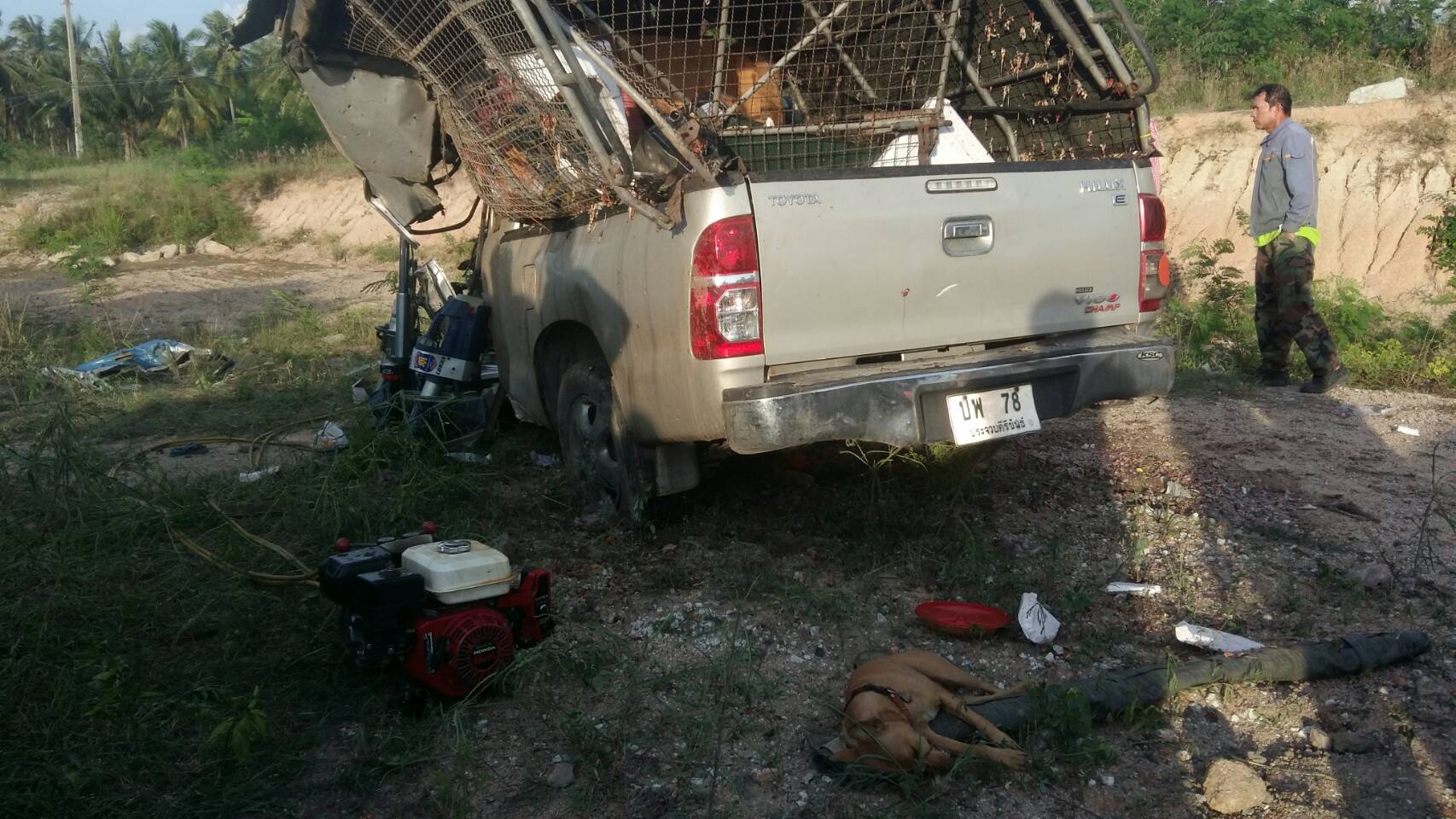 At around 6:00pm on Sunday April 16th, police and emergency services were called to the scene of a road accident, in which a dog had sadly passed away and a further 2 people left with injuries.

The incident occured on the 331 road just on the outskirts of Pattaya.

At the scene, police found the mashed up pick truck with 2 bodies still trapped inside. It took around 10 minutes before they were able to be cut free. The driver had suffered minor injuries to both legs, while her friend in the passenger seat was left with a few cuts and bruises, but nothing serious.

Both were treated by paramedics at the scene before making their way to a local hospital for further check ups.

Unfortunately, there were no eye witnesses to the accident, so police interviewed the son of the driver, who had turned up a short time after the crash. He told police that his mother was a shellfish seller in Pattaya. She had been to the the market to purchase some goods, and was making her way back, ready for the nighttime trade. 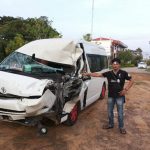 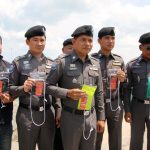 Pattaya Police show their softer side