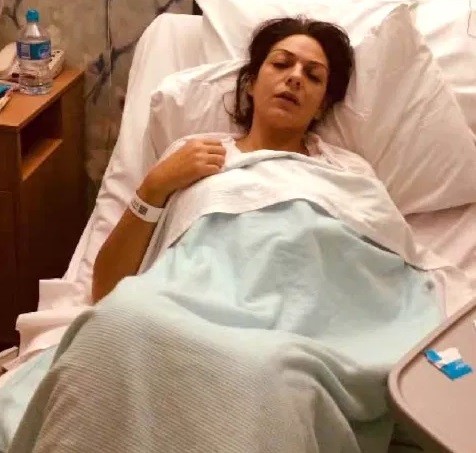 MUM who faked cancer to swindle more than £52,000 from well-wishers to splurge on holidays sobbed as she was jailed today.

Nicole Elkabbas, 42, claimed she needed to pay for life-saving ovarian cancer treatment – then splashed donations on her lavish lifestyle.

Elkabbas, of Broadstairs, Kent, set up a GoFundMe page to rake in thousand of pounds in donations before funnelling the funds into her own account.

But she was never diagnosed and instead used huge sums of cash to fund her gambling addiction, pay off mounting debts and splash out on £3,000 Spurs box tickets and trips abroad.

The “compulsive liar” even posted a pic claiming to show her stricken in hospital – but was from a previous operation to remove her gallbladder.

Today, Elkabbas wept as she was jailed for two years and nine months at Canterbury Crown Court after being found guilty of fraud in November.

Judge Mark Weekes said: “The deception was cunning and manipulative.

“You produced detail and at times a graphic account of the treatment you were receiving with a view to keeping those you had snared in your web of lies paying you money.

“You tugged at their heart strings. You made mention of your child to add to gild the lily still further and to attempt to wring more cash out of those you had deceived.

“All the while, you were gambling, enjoying shopping trips and luxuries in Italy and Spain at their expense.”

He described Elkabbas’ actions as “insulting to those who must genuinely and courageously face the battle against cancer”.

A fundraising page entitled “Nicole needs our help treatment” was created by Elkabbas and made to look like it had been set up by her mum, who she cared for full time.

It played on the public’s heartstrings by describing her as a “beautiful daughter” and “loving mother to her dear 11-year-old son”.

It described the trauma of undergoing three operations and six rounds of chemotherapy leading to now desperately needing money to pay for a breakthrough drug in Spain as the “only way she could be saved”.

Elkabbas wore a black overcoat, face mask and polka dot scarf and carried her possessions in an Asda bag as she was led from the dock.

At a hearing in November, Elkabbas was also found guilty of one count of possession of criminal property in relation to the thousands of pounds worth of donations she had transferred to her bank account.

A total of £31,560 was given directly through 697 GoFundMe donations, with £13,500 recorded by the fundraising site as offline donations and some people additionally transferring money directly into Elkabbas’ account.

Detectives said she gambled away more than £8,000 of the donations and used £14,000 of the charitable funds to pay off a suspected gambling debt.

She also splashed more than £6,000 on multiple lavish holidays to luxury destinations such as Rome, Italy and Alicante and Barcelona, both in Spain.

A fundraising page titled “Nicole needs our help treatment” was written in the third person from her mother, who Elkabbas cared for full-time.

It played on the public’s heartstrings by describing her as a “beautiful daughter” and “loving mum to her 11-year-old son”.

Michal Booker, who lost her best friend to ovarian cancer eight years ago, gave more than £6,000 through her charitable trust, the court heard.

She said: “I try not to think about that stage of my life. When I do, I feel sick to the pit of my stomach. 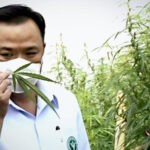 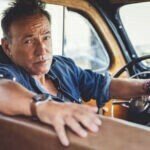