Home » Home robbed in Bangkok, over 10M of goods gone

A home belonging to the owner of a forklift company in Thailand has been robbed with over 10 Million THB worth of goods gone. Police Captain Thammada Jantosri from Udomsuk Police Station received a notification of a home robbery in  Prawet District, Bangkok City. Officials went to inspect the location on 15 September 2020. The main valuable goods missing are Buddhist amulets, there are many highly respected monks in Thailand. The amulets created and blessed by these monks are extremely rare and valuable, believed to bless the life of the owner with positivity and good luck. Because the amulets are so popular, there are many fakes on the market sold at extremely cheap prices to prices that are intended to deceive the buyer that they are purchasing the real deal.

Police found Waranyu Peter 41 years old the owner of a forklift company in Thailand. Waranyu is also the owner of the home. He showed police inside the home revealing that many valuable goods had gone missing. This includes at least 60 Buddhist amulets worth millions, a Louis Vuitton purse worth 12,000 THB, a Celnc bag worth 600 THB, a Seiko watch, a Tag Heuer watch, and more. The total value of goods missing is at least 10 Million THB. Security footage shows a man about 40-50 years old wearing a T-shirt, a hat, and white gloves going through goods in the home.

Warunyu stated that at about 7.00 on the 14th he left the home. No one was at home until he returned at 17.00. The homeowner noticed that the lock on his door seemed damaged so he decided to notify officials to come to inspect the home. The bedroom and the Buddhist Praying room was a mess after the robber went through all the goods. Officials have collected the security footage from all cameras as evidence to bring in the suspect for prosecution. 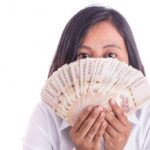 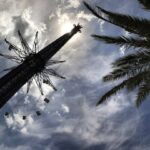