Braverman said in a letter to Prime Minister Theresa May that “concessions” made to Brussels in the framework deal “do not respect the will of the people”. 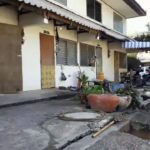