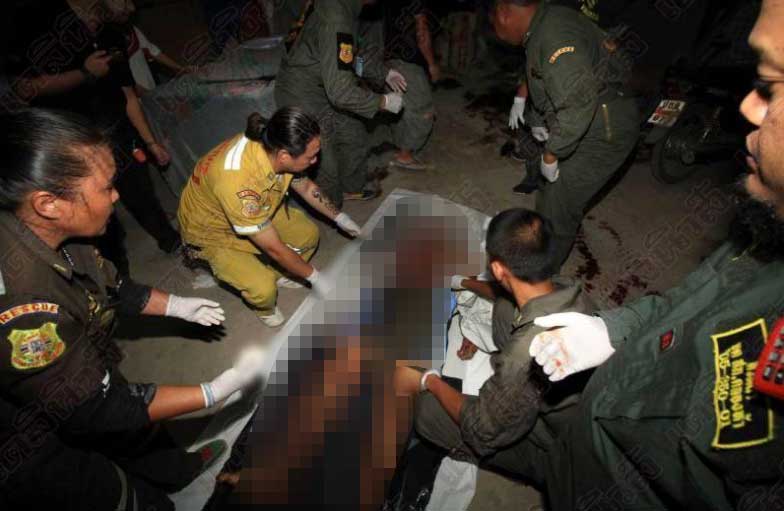 A hunt is now on for a man who shot his father in law after claiming that he ran over his pet Golden Retriever.

Sophon Chumsayan, 53, wouldn’t let Samrit Inma, 77, explain that it wasn’t him who had hurt the dog. As he tried to say that he had taken the dog in to give it first aid Sophon pulled out a .38 and shot him in the chest, Daily News reported.

The victim’s daughter Piyanut Duangkunsa, 53, was also hit in the hip as she tried to prevent the attack. She was rushed to hospital by relatives.

The shooter had fled with his wife when police arrived at the house in Klong Luang district of Pathum Thani on Tuesday evening. Samrit was already dead lying in a pool of blood in the driveway of his house.

Three .38 cartridges were found and one .38 bullet.

His son in law lived just five metres away. Pathum Thani police chief Thaworn Khaosa-art said that the argument over the dog was just the final straw in a long running feud between the father in law and his daughter’s husband.

Police are now hunting for the shooter and his wife.

It was a busy day for investigators in Pathum Thani – earlier a municipality official was shot dead in her car on the way home from work. 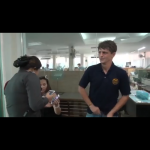 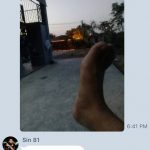