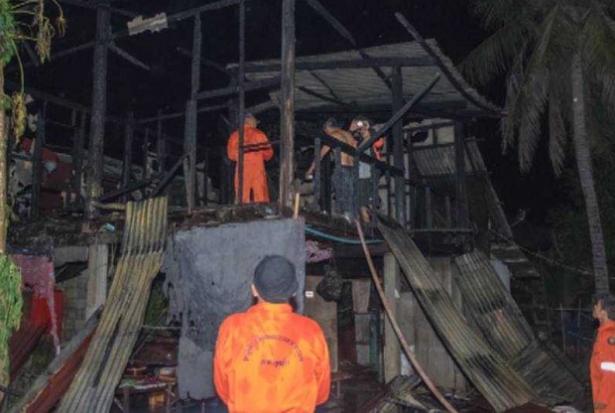 Khon Kaen Fire: An 80-year-old homeowner in Khon Kaen left her mobile phoned charging at home and, on returning, found the house had burned down on Wednesday morning.

Thongkham Uppahad said she left her phone charging in her bedroom.

Firefighters took about half an hour to control the blaze at the two-storey wooden house in Ban Nong Tor village in Tambon Na Kha of Khon Kaen’s Manja Khiri district.

No one was inside when the fire broke out. A neighbour told police that she heard an explosion and saw the fire start.

Forensic police have yet to check the cause of the fire.