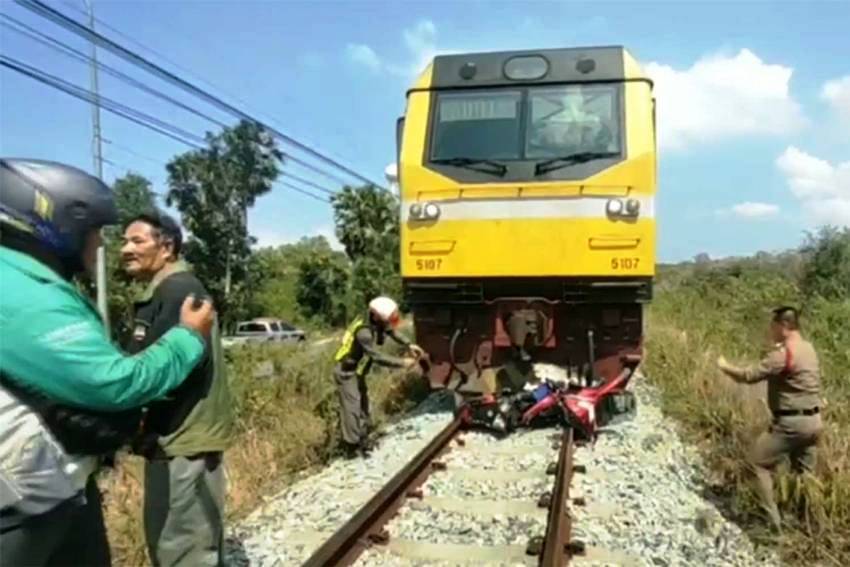 A man on a motorcycle has been killed after he drove through a railway crossing barrier and into the path of a freight train in Pattaya, Thailand. The man ignored the lowered barriers and was struck and killed by the oncoming train.

The motorcyclist was identified as Mr. Anucha Singthong, 33, car salesman in Pattaya city.

After being struck by the train is broken body fell to the ground beside the tracks about 500 meters from the train. His crushed motorcycle was jammed under the front of the train.

Witness Pongsri Pakdeeyut, 58, told police she stopped her motorcycle at the lowered barrier as the train approached. However, the man did not stop his motorcycle. He instead rode around the barrier, despite the train sounding its horn. , Ms Pongsri said she also shouted loudly, trying to warn him of the approaching train.

The dead motorcyclist was taken to Bang Lamung Hospital.

Pattaya police are also searching for three men who knocked out a Saudi man over a motorcycle dispute.

Mr. Abdallah M. Alshiha, 36, was found unconscious with cuts and a hand injury in front of a Middle Eastern restaurant. Multiple witnesses, also shot video of the assault on their mobile phones instead of helping the man. The men assaulted Alshiha after accusing him of selling a motorcycle he rented.

He was transported to a Pattaya Hospital for treatment.

Two weeks ago, at least 30 people were injured as two trains collided head-on in Central Thailand. Authorities reported the crash between an express train bound for Sungai Kolok and a freight train from Hat Yai to Bang Sue.

Thai Media reported that station staff could not switch the tracks in time for one of the trains to pass on the main track while another was waiting on another track. The accident took place around 6.30pm.

Furthermore at least 30 people were injured, they said. The southern line has also been is temporarily closed. 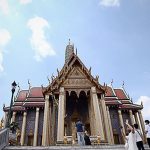 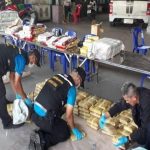