Home » Man jailed for letting woman into hotel room while on stay-home notice, meeting others in basement car park 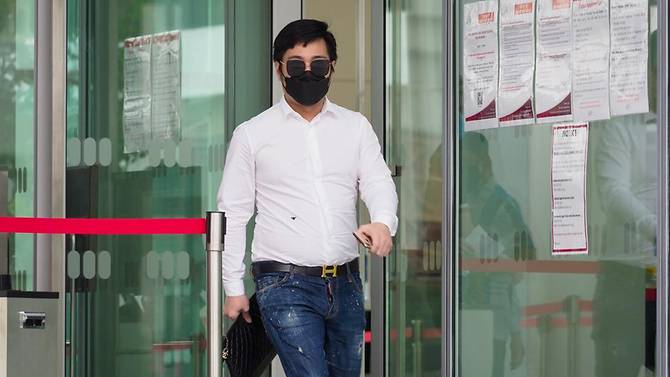 A man let a woman into his hotel room twice and went to meet three other people at the basement car park, despite being on a 14-day stay-home notice after returning to Singapore from Thailand.

He pleaded guilty to one charge of exposing others to the risk of infection and another of coming into physical contact with another person while subject to a movement control measure.

Another four charges were taken into consideration for sentencing.

The court heard that Chng returned to Singapore from Thailand on Mar 26 and was given a notice that required him to remain at his place of residence at all times between Mar 26 and Apr 9.

He listed Pan Pacific Service Suites as his place of residence, as he had booked a room there before arriving in Singapore.

He was aware that he was to remain in the room throughout the 14-day period and had signed the notice to acknowledge it, the court heard.

However, on Apr 1, Chng left his hotel room at 1.25am to meet a woman at the basement car park and bring her to his room. She spent about three-and-a-half hours in his room.

The court heard that Chng had befriended China national Chen Yijun in March 2020.

Neither Chng nor Ms Chen had a mask on when they met, the court documents said.

Three days later on Apr 4, Chng left his room again at 12.35am to fetch Ms Chen from the hotel basement to his room.

A security officer saw them together and alerted the receptionist.

The receptionist called Chng’s room phone multiple times while Ms Chen was inside and told him that he was not allowed to leave his room or have visitors.

Chng acknowledged this, but said “he needed more time to finish up dinner” with Ms Chen.

After about one-and-a-half hours, Ms Chen left the room. Both she and Chng did not wear a mask.

The hotel reported the breaches to the Immigration and Checkpoints Authority.

On Apr 6, Chng left his room again at 12.42am to meet three friends at the basement car park, and took the lift with them to the 16th floor. He returned to his room 10 minutes later.

Two ICA officers checked on Chng later that day and told him that it was mandatory to remain in his room at all times.

Chng later admitted that he did not have a valid reason to commit these offences and did so “as he was bored”, said Deputy Public Prosecutor Jane Lim.

She asked for at least six weeks’ jail, pointing out that Chng had previous convictions, including for disorderly behaviour, cheating, theft and obtaining a forged IC.

“In Quresh’s case, he actually breached (his notice) to go to work,” said Ms Lim. “In Alan’s case, he went out to visit places. In this case, the accused admitted that he contravened because he was bored.”

She said he acted with “reckless disregard” and persistently offended despite being warned and reminded to abide by the stay-home notice.

She said he exposed others to infection for a total of five hours and 12 minutes.

Defence lawyer Vijai Parwani said that his client had met significantly fewer people than Tham or Quresh and remained within the hotel premises.

“If a tree is fallen and no one is there, is there still a sound,” he said, referencing the famous idiom.

He said that, likewise, no one was there when Chng fetched the woman to his room. He claimed that they kept a safe distance within the room.

The prosecutor refuted his arguments, saying that there was no evidence of the pair keeping a safe distance in Chng’s hotel room and that the woman could have spread any infection to other people.

She added that Tham and Quresh had gone out into the public when they flouted their notices, but Chng deliberately invited someone to his room and met three other people. 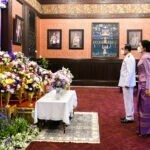 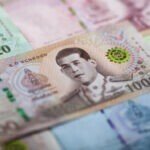